Mahler’s childhood neighbour and playmate was the son of Heinrich Fischer, Jihlava choirmaster and briefly music director at the local theatre. The elder Fischer was one of Mahler’s music teachers, instructing him in harmony and conducting him in choral performances at the St James Church (see remark 1) and in municipal concerts. Mahler remembered him affectionately and on his golden jubilee as choirmaster in 1908 cabled congratulations from New York. Fischer’s son, Theodor, eight months older than Mahler, was his class-mate at school and Vienna University. Theodor Fischer returned to Jihlava as a lawyer, rising to be a chief magistrate.

He gave his recollections at a Mahler memorial meeting in the town theatre on 21 March 1931 (2).

Mahler himself often stressed that, above all else, childhood impressions determine the nature of artistically gifted men. It will therefore contribute to an understanding of Mahler’s personality and creative urges if we become better acquainted with the spiritual atmosphere and human relationships in which he grew up, the earliest childhood impressions that survive in the artistic subconscious and influence its creativity. In December of the year Gustav Mahler was born, his parents Bernhard and Marie Mahler moved to Jihlava.

At 265 (later No. 4) Pirnitzergasse (now renamed Znaimergasse), his father in the 1860s and early 1870s ran a business manufacturing and serving liquor (3). ‘ The first floor of the house was the large family’s home, an apartment consisting of a big kitchen, a hall and two rooms. The larger room served, in conventional style, as a ‘Salon’ decorated with stereotyped furnishings ; there was his father’s glass-framed certificate granting him the freedom of Juhlava, a glass case with porcelain, glasses and all kinds of rare objects, a glass-fronted bookcase stacked with classical and contemporary works which Gustav Mahler read at an early age, and a piano on which he practised and studied as soon as he began to take lessons.

Mahler went with me to the Royal and Imperial Junior School on Briinnergasse and from 1869 to 1875 to the German Gymnasium [secondary school] in a building erected by Jesuits behind St Ignatius Church. One school term he studied in Prague.” (4)

Next door to the Mahlers. in a house owned by my grandmother (5) there lived with his young family my father, who had returned after studies at the Prague Conservatorium and was artistic director of the German choral society, subsequently city music director (6) and choirmaster of both Jihlava churches. The Pimitzergasse, courtyard of our house, was young Gustav’s favourite playspot. It had disused workshops with many silent and dark corners where we children could have adventures and scare one another. In the courtyard we would play ‘robbers and soldiers’ and similar games, all except Gustav and his favourite younger brother Ernst (7) whom he positively mothered and would properly correct when he was disobedient.

There was a children’s maid in my family, Nanni. who knew lots of fairy-tales. On rainy afternoons when we could not go out, Gustav and I listened avidly to her tales. Among the stories was, I recall. Des klugenden Lied [Song of Sorrow], which may have given rise to one of Mahler’s subsequent compositions.

As we grew older, the municipal swimming pool became the playground where we quickly learned to swim and row boats. Gustav Mahler was a permanent guest in our house. Our school and playtime camaraderie developed into a youthful friendship that persisted into our university years; later, admittedly, our professions drew us apart.

His musical talent developed very soon ; from earliest childhood he played by ear and with amazing skill on the concertina (8) all kinds of tunes and songs that he had heard from guests in his father’s tavern. He had his first piano lesson at six years old from one of the players in the town orchestra [Stadtkapelle], then from Kapellmeister [Franz] Viktorin of the Jihlava theatre, and eventually from piano teacher [Johannes] Brosch …

As a pianist, Gustav Mahler made such progress that he soon emerged as a Wunderkind and in 1870 appeared at the piano in a public concert at the city theatre. The Vcrmittlcr, an Jihlava weekly, reported:

On 13 October 1870 there was a non-subscription concert at which a boy of nine (9) son of a Jewish businessman called Mahler, made his first public appearance at the piano before a large audience. The future piano virtuoso achieved a great success that was much to his credit, but a better instrument might have been found to match his fine playing. If the rising artist’s former teacher. Kapellmeister Viktorin, hears of yesterday’s success, he can feel well pleased with his pupil.

An infantry regiment was permanently stationed at the Jihlava garrison and we children would obviously always be there when the army marched out with fife and drum, staged exercises and played light music or at military funerals; we would blow-childish imitations of signals which, as Guido Adler notes in his study, made such an impression that they crop up in Mahler’s songs and instrumental works.

On family outings to Jihlava richly forested surroundings Mahler learned to love nature, a love to which he was loyal for the rest of his life. Often, we children would take part as spectators in folk festivities when townspeople and farmers – in summer in forest clearings, in autumn and winter in the local pubs – would have music, dancing and singing. The dances were played by the authentic Jihlava country band (Bauernkapelle; it consisted of three stringed instruments and a double-bass with bow and handle). Among the peasant dances, the Hatscho stands out in its authenticity.

The musical impressions that Mahler gained from hearing folk-music and songs can be found in his works. In particular, the themes of the third movement of his First Symphony bear a definite relationship to the dance style of the Hatscho.

At school, Mahler was distracted, absent-minded – one of his secondary school teachers called him ‘quicksilver personified’ – too immersed in his own thoughts and transported from reality to see what the teacher was writing on the board. Even though he often imposed his will on his brothers, sisters and playmates, his nature was founded upon a superior sense of justice which could neither commit nor condone unfairness, and demonstrated tolerance, humanity and sympathy with poverty and distress ; in the later years of ehildhood he could not pass a beggar without giving alms. These characteristics, so evident in youth, persisted throughout his life. 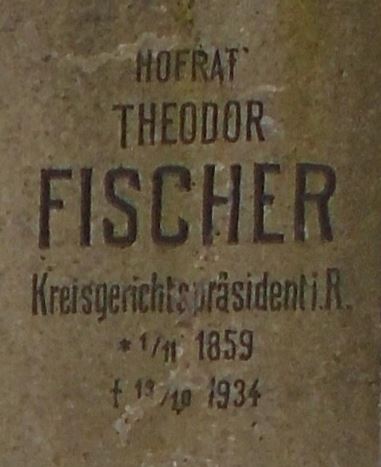