Zadar (Zara, Zadru) is the oldest continuously inhabited city in Croatia. It is situated on the Adriatic Sea, at the northwestern part of Ravni Kotari region. Zadar serves as the seat of Zadar County and the wider northern Dalmatian region. The city proper covers 25 km2 (9.7 sq mi) with a population of 75,082 in 2011, making it the fifth-largest city in the nation.

The area of present-day Zadar traces its earliest evidence of human life from the late Stone Age, while numerous settlements have been dated as early as the Neolithic. Before the Illyrians, the area was inhabited by an ancient Mediterranean people of a pre-Indo-European culture. Zadar traces its origin to its 4th-century BC founding as a settlement of the Illyrian tribe of Liburnians known as Iader.

In 59 BC it was renamed Iadera when it became a Roman municipium, and in 48 BC, a Roman colonia. It was during the Roman rule that Zadar acquired the characteristics of a traditional Ancient Roman city with a regular road network, a public square (forum), and an elevated capitolium with a temple.

After the fall of the Western Roman Empire in 476 and the destruction of Salona by the Avars and Croats in 614, Zadar became the capital of the Byzantine theme of Dalmatia in the 7th century. In the beginning of the 9th century, Zadar came under short Frankish rule, and was returned to the Byzantines by the Pax Nicephori in 812. The first Croatian rulers gained control over the city in 10th century.

In 1202, Zadar was conquered and burned by the Republic of Venice, which was helped by the Crusaders. Croats again regained control over the city in 1358, when it was given to the Croatian-Hungarian king Louis I. In 1409, king Ladislaus I sold Zadar to the Venetians. When the Turks conquered the Zadar hinterland at the beginning of the 16th century, the town became an important stronghold, ensuring Venetian trade in the Adriatic, the administrative center of the Venetian territories in Dalmatia and a cultural center. During this time, many famous Croatian writers, such as Petar Zorani?, Brne Krnaruti?, Juraj Barakovi? and Šime Budini?, wrote in the Croatian language.

After the fall of Venice in 1797, Zadar came under the Austrian rule until 1918, except for the period of short-term French rule (1805–1813), still remaining the capital of Dalmatia. During the French rule, the first newspaper in the Croatian language, Il Regio Dalmata – Kraglski Dalmatin, was published in Zadar (1806-1810). During the 19th century, Zadar was a center of the Croatian movement for cultural and national revival.

With the 1920 Treaty of Rapallo Zadar fell under Italian rule, and after World War II, during which it was heavily destroyed by the Allies, it was brought back to Croatia whose armed forces defended it in October 1991 from the Serb rebels who aimed to capture it.

In 1797 with the Treaty of Campo Formio, the Republic of Venice, including Zadar, came under the Austrian crown. In 1806 it was briefly given to the Napoleonic Kingdom of Italy, until in 1809 it was added to the French Illyrian Provinces. In November 1813 an Austrian force blockaded the town with the assistance of two British Royal Navy frigates HMS Havannah and Weazle under the 3rd Earl of Cadogan. On 9 December the French garrison of Zadar capitulated, and by the end of the year all of Dalmatia was brought back under the control of the Austrian Empire.

After the Congress of Vienna (1815) until 1918, the town (bilingual name Zara – Zadar ) remained part of the Austrian monarchy (Austria side after the compromise of 1867), head of the district of the same name, one of the 13 Bezirkshauptmannschaften in Dalmatia. The Italian name was officially used before 1867. It remained also the capital of Dalmatia province (Kronland).

Although during the first half of the 19th century the city population stagnated due to low natural increase, the city started to spread from the old center; citizens from the old city created the new suburb of Stanovi in the north. 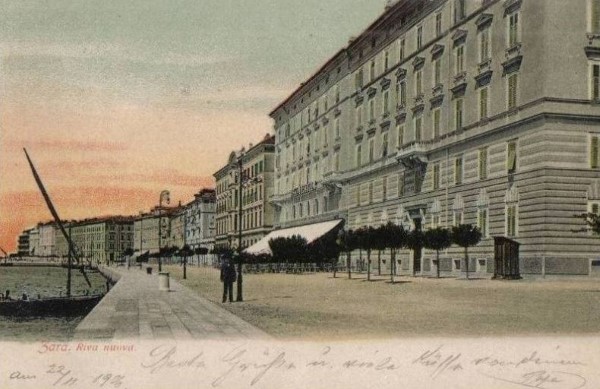 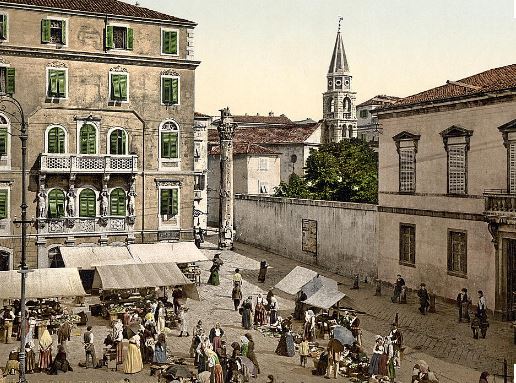 During the second half of the 19th century, there was constant increase of population due to economic growth and immigration. This somehow altered the ethnic structure that previously had a Croatian majority. Under the pressure of the population increase, the city continued to spread to Voštarnica and Arbanasi quarters, and the bridge in the city port was built. Except being the administrative center of the province, agriculture, industry of liqueurs and trade were developed, many brotherhoods were established, similar to the Central European trade guilds.

The southern city walls were torn down, new coastal facilities were built and Zadar became an open port. As the city developed economically, it developed culturally. A large number of printshops, new libraries, archives, and theatres sprung up. At the end of the 19th century there was also stronger industrial development, with 27 small or big factories before the World War I.

After 1848, Italian and Croatian nationalistic ideas arrived in the city, which became divided between the Croats and the Italians, both of whom founded their respective political parties.

There are conflicting sources for both sides claiming to have formed the majority in Zadar in this period. The archives of the official Austro-Hungarian censuses conducted around the end of 19th century show that Italian was the primary language spoken by the majority of the people in the city (9,018 Italians and 2,551 Croatians in 1900), but only by a third of the population in the entire county (9,234 vs. 21,753 the same year).

During the 19th century, the conflict between Zadar’s Italian and Croatian communities grew in intensity and changed its nature. Until the beginning of the century it had been of moderate intensity and mainly of a class nature (under Venetian rule the Italians were employed in the most profitable activities, such as trade and administration). With the development of the modern concept of national identity across Europe, national conflicts started to mark the political life of Zadar. 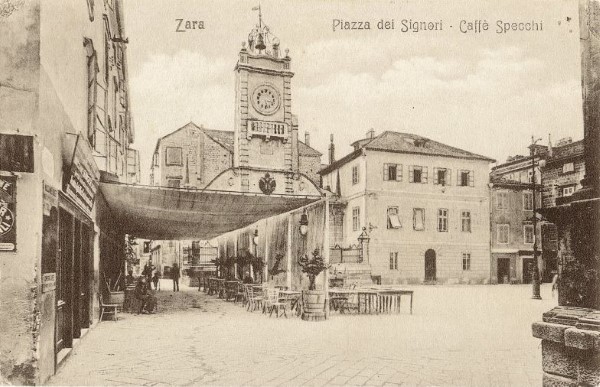 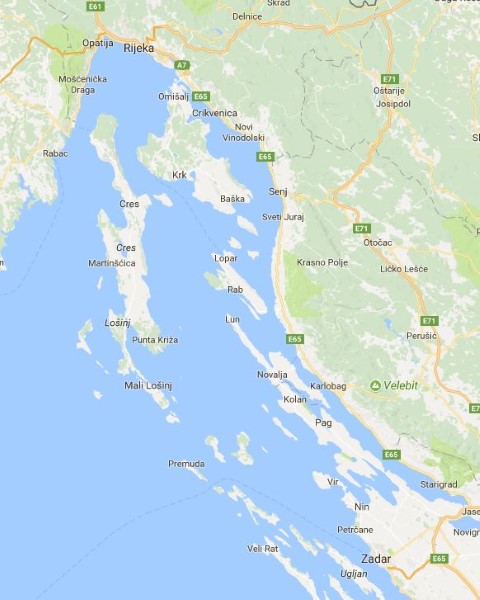 Map City of Abbazia (Opatija) to City of Zadar.

During the second part of the 19th century, Zadar was subject to the same policy enacted by the Austrian Empire in South-Tyrol, the Austrian Littoral and Dalmatia and consisting in fostering the local German or Croatian culture at the expense of the Italian. In Zadar and generally throughout Dalmatia, the Austrian policy had the objective to reduce the possibility of any future territorial claim by the Kingdom of Italy.