The opera house was originally built by the architect Gottfried Semper in 1841. After a devastating fire in 1869, the opera house was rebuilt, partly again by Semper, and completed in 1878. The opera house has a long history of premieres, including major works by Richard Wagner and Richard Strauss.

The building is considered to be a prime example of “Dresden Baroque” architecture. It is situated on the Theatre Square in central Dresden on the bank of the Elbe River. On top of the portal there is a Panther quadriga with a statue of Dionysos. The interior was created by architects of the time, such as Johannes Schilling.

Monuments on the portal depict artists, such as Johann Wolfgang von Goethe, Friedrich Schiller, William Shakespeare, Sophocles, Molière and Euripides. The building also features work by Ernst Rietschel and Ernst Julius Hähnel. In the pre-war years, the Semperoper premiered many of the works of Richard Strauss. 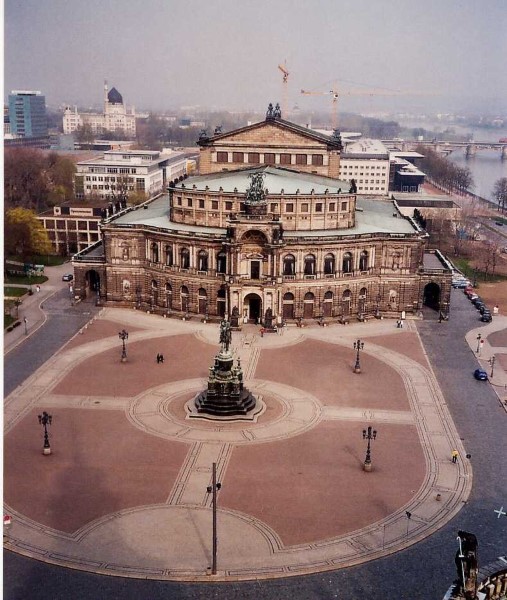 Operas given their premiere performances at the Semperoper