Naarden is a city and former municipality in the Gooi region in the province of North Holland in the Netherlands. Naarden is an example of a star fort, complete with fortified walls and a moat. Naarden was granted its city rights in 1300 (the only town in Het Gooi with these rights) and later developed into a fortified garrison town with a textile industry. Naarden hosts on Good Friday a performance of Bach’s St. Matthew Passion in the local church, which is called the Great Church or St. Vitus church.

The town is well known as the city where Jan Amos Komensky (Comenius) was buried; visitors can see his grave in the mausoleum devoted to him. The city’s distinctive shape made it a rallying point for Allied bombers returning to England after raids on Germany. The moat and walls have been restored. 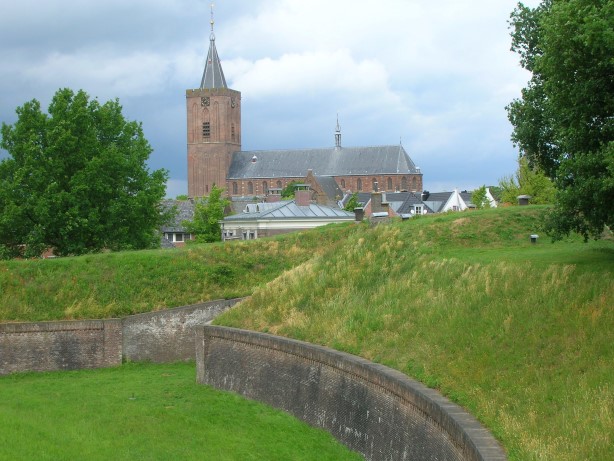 1908-1910 Composing cottage near the Trenkerhof