St Petersburg is Russia’s second-largest city after Moscow and an important Russian port on the Baltic Sea. Situated on the Neva River, at the head of the Gulf of Finland on the Baltic Sea, it was founded by Tsar Peter the Great on 27-05-1703.

The Revolution of 1905 began in St Petersburg and spread rapidly into the provinces. On September 1, 1914, after the outbreak of World War I, the Imperial government renamed the city Petrograd, meaning “Peter’s City”, to remove the German words Sankt and Burg. In March 1917, during the February Revolution Nicholas II abdicated both for himself and on behalf of his son, ending the Russian monarchy and over three hundred years of Romanov dynastic rule.

Among the city’s more than fifty theatres is the world-famous Mariinsky Theater (also known as the Kirov Theatre in the USSR), home to the Mariinsky Ballet company and opera. Leading ballet dancers, such as Vaslav Nijinsky, Anna Pavlova, Rudolph Nureyev, Mikhail Baryshnikov, Galina Ulanova and Natalia Makarova, were principal stars of the Mariinsky ballet.

Dmitri Shostakovich (1906-1975), who was born and raised in St Petersburg, dedicated his Seventh Symphony to the city, calling it the “Leningrad Symphony.” He wrote the symphony while in the city during the siege of Leningrad. The 7th symphony was premiered in 1942; its performance in the besieged Leningrad at the Bolshoy Philharmonic Hall under the baton of conductor Karl Eliasberg.

It was heard over the radio and lifted the spirits of the survivors. In 1992 a reunion performance of the 7th Symphony by the (then) 14 survivors was played in the same hall as they done half a century earlier. The Leningrad Philharmonic Orchestra remained one of the best known symphony orchestras in the world under the leadership of conductors Yevgeny Mravinsky and Yuri Temirkanov.

Mravinsky’s term as artistic director of the Leningrad Philharmonic – a term which is possibly the longest of any conductor with any orchestra in modern times – led the orchestra from being a little-known provincial ensemble to it becoming one of the world’s most highly regarded orchestras today, especially for the performance of Russian music. 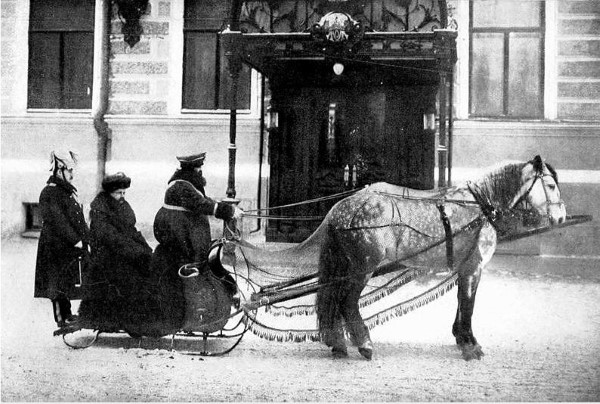 St Petersburg has a longstanding and world famous tradition in literature. Fyodor Michailovich Dostoyevsky (1821-1881) called it “The most abstract and intentional city in the world,” emphasizing its artificiality, but it was also a symbol of modern disorder in a changing Russia. It frequently appeared to Russian writers as a menacing and inhuman mechanism.

The grotesque and often nightmarish image of the city is featured in Pushkin’s last poems, the Petersburg stories of Gogol, the novels of Dostoyevsky, the verse of Alexander Blok and Osip Mandelshtam, and in the symbolist novel Petersburg by Andrey Bely. According to Lotman in his chapter, ‘The Symbolism of St Petersburg’ in Universe and the Mind, these writers were inspired by symbolism from within the city itself.

The effect of life in St Petersburg on the plight of the poor clerk in a society obsessed with hierarchy and status also became an important theme for authors such as Pushkin, Gogol and Dostoyevsky. Another important feature of early St Petersburg literature is its mythical element, which incorporates urban legends and popular ghost stories, as the stories of Pushkin and Gogol included ghosts returning to St Petersburg to haunt other characters as well as other fantastical elements, creating a surreal and abstract image of St Petersburg.