The impressive De Keyser’s Royal Hotel was located on the north side of the River Thames, adjacent to Blackfriars Bridge. This hotel was renowned for accommodating, ‘foreigners’ who were visiting these shores.

It had developed a reputation for high quality accommodation. The hotel no longer stands here. It was built in 1864 and demolished to make way for the Unilever Building, (1931), which stands on this site today.

This is one of the most attractive sites in London, just over the river, with a curved frontage and with magnificent views towards St Paul’s and beyond to the east end of London.

Tower Bridge was under construction at this time and would have been an impressive sight. 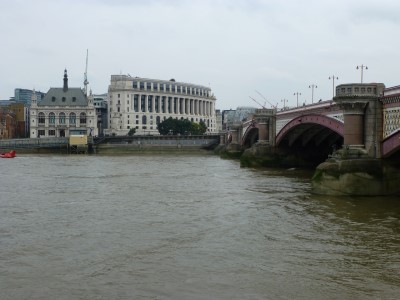 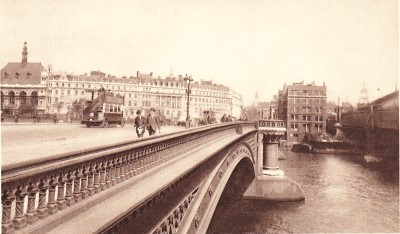 Although Mahler worked very hard while he was in London, rehearsals, performances, and an expanded programme of operas, he made time to travel around this busy metropolis.

As he peered from his carriage between performances and home one can imagine he would have witnessed a bustling city with horse-drawn carriages, horse-drawn buses, 3, 4, 5 deep with the clatter of horses-hooves, the streets smelling of horse manure, all combined with the atmosphere and excitement of one of the great world cities. See also City of London. 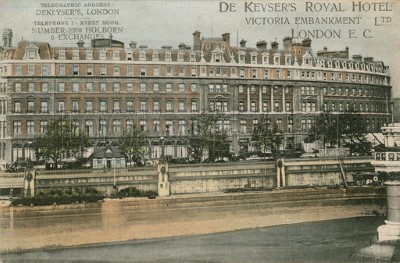 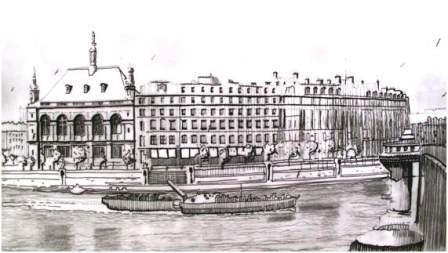