After a couple of days at The De Keyser’s Hotel Mahler moved to be nearer to Covent Garden and Drury Lane and took up residence in two town houses- the first in Torrington Square and the second in Alfred Place, both in Bloomsbury. Whilst the debate about the boundaries of Bloomsbury continues to this day, most observers agree that to the north lies the Euston Road, the east- Grays Inn Road, to the south- New Oxford Street and to the west- Tottenham Court Road. 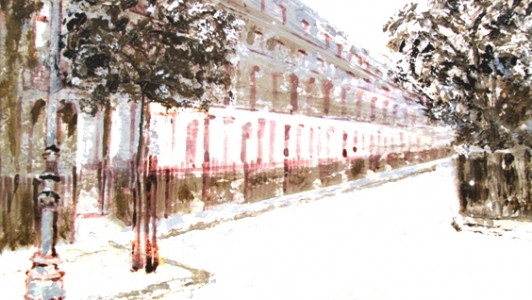 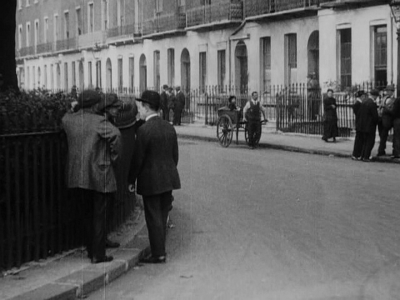 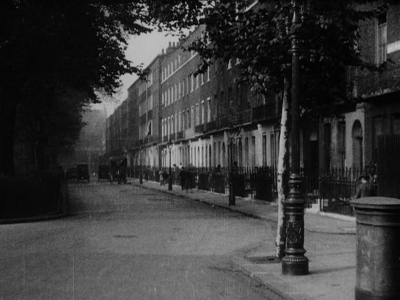 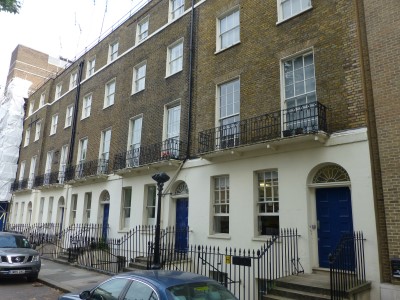 During 1892, this location was highly respected. It was the home of doctors, lawyers and successful businessmen. But it is no accident that this leafy quarter of London boasts such qualities. During its construction a high level of control was applied to the positioning of shops and the formation of gated squares and this produced a special environment for the middle/upper classes. Servants had their quarters on the top floor where rooms were small and with low ceilings. Many of the imposing 4/5 storey buildings were built between 1780 and 1830. Today the buildings continue to impress- they are extremely beautiful with tall trees defining magnificent squares.

We have no diary of Mahler’s visit but he must have spent many hours walking around London, sitting in the squares, enjoying a moment of reflection whilst listening to the sounds of the city. Mahler’s quotation at the beginning of this text goes a long way to describe his response to the City of London. 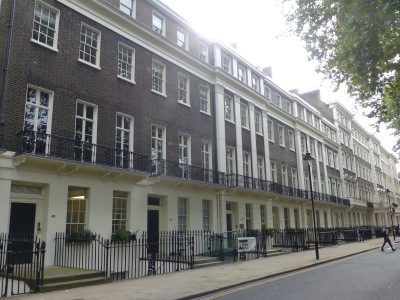 Expansion proposals by The University of London have reshaped the Torrington Square that Mahler witnessed during his visit. The environment has been severely modified. (The ‘square’ never existed from the beginning- the terraces of Georgian buildings were always separated by a long finger of green comprising of trees and shrubs.)

Salomon Jacobson owned Mahler’s lodging house. It was demolished around 1900. But there remains today fragments, echoes from the past- that demonstrate the environment Mahler witnessed. The northeast corner of Torrington Square comprises six Georgian buildings that define the line of the previous terrace, their form, colour and fenestration are identical to number 69. Much of the landscaped courtyard has also been overtaken by developments. But by visiting the neighbouring ‘square’; Gorden Square, one gets a much clearer impression of this place. The buildings are grand and impressive and devoid of excessive decoration characterised by late Victorian architecture. Imposing buildings with attractive details around the tops of doors and windows combine with leafy and surprising quiet courtyards.