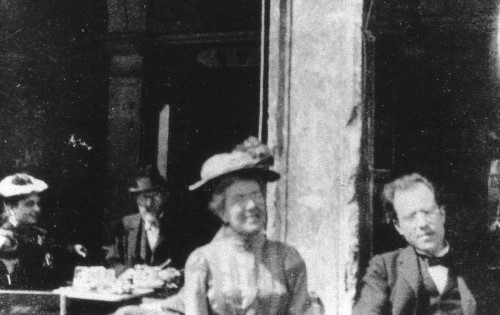 The Grand Café Quadri or Caffè Quadri is a historic public place in the city of Venice. It is located in Piazza San Marco, under the arches of the Procuratie Vecchie. 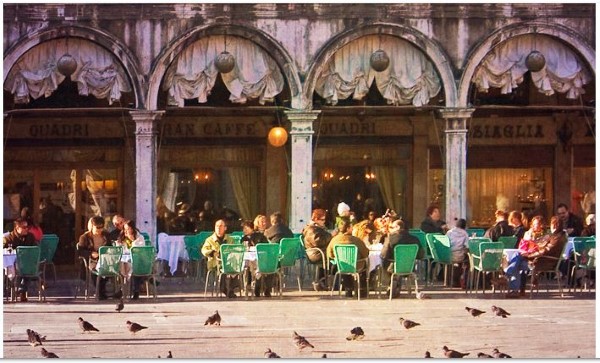 It is one of the oldest and longest public Italian venues. Its activity began in 1775 when the Venetian merchant Giorgio Quadri returned to his homeland after a long stay in Corfu, at the time the territory of the Republic of Venice, decided with his Greek wife Naxina to open a room where prepare and sell coffee in the form of hot nuts. This custom was introduced in the city in 1683 when some Turkish merchants opened a coffee tasting shop in St. Mark’s Square under the Procuratie Nuove portico. The news immediately met the public’s favor, to the point that in 1775 only St. Mark’s Square had 24 coffee shops over a total of over 200 people. 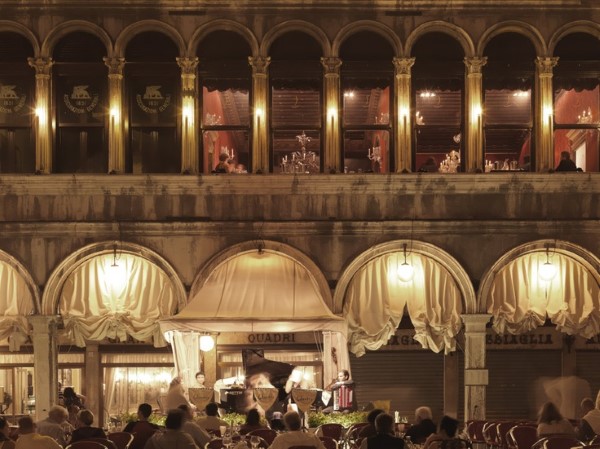 Giorgio Quadri opened his premises under the Procuratie Vecchie, discovering an old renowned wine and coffee shop in the city and his coffee shop soon became one of the favorite venues of Venetian aristocracy. 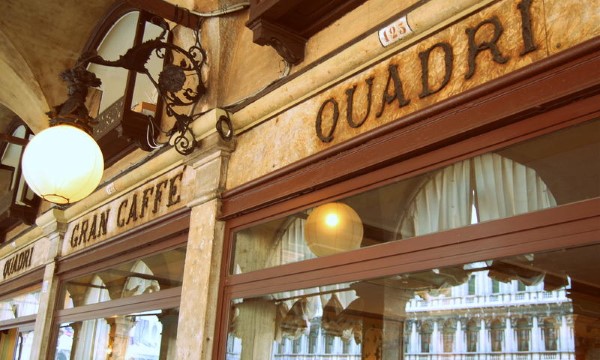 The premises underwent a major renovation in 1830, under the management of the Vivarini brothers, which expanded both spaces and activities by acquiring the upper floor that was used as a restaurant. The ground floor was decorated with stucco in pastel colors, with a prevalence of green and yellow colors, and completed with vivid Venetian scenes and scenes, by the painter Giuseppe Ponga, inspired by Pietro Longhi’s style.

During their stay in Venice, regular customers of the Quadri Coffee were Richard Wagner and Marcel Proust.