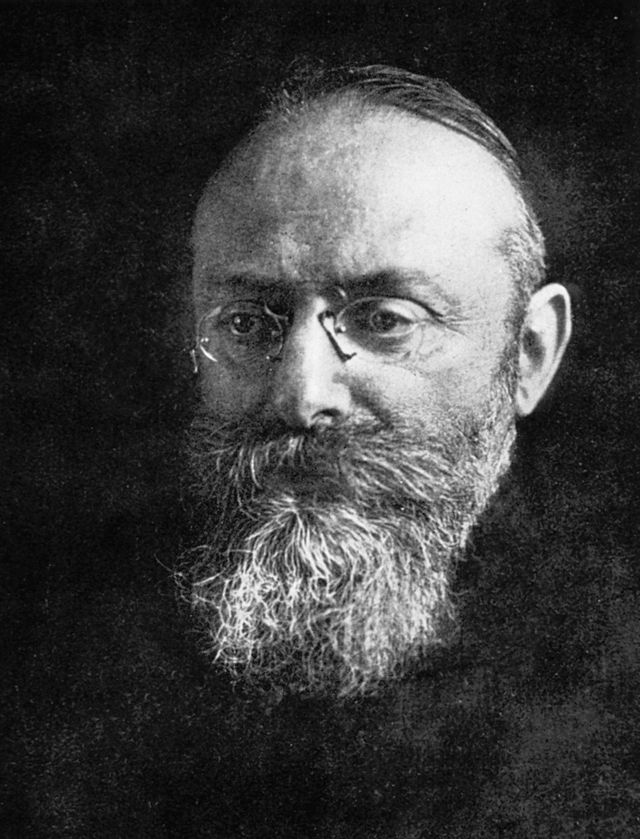 Albert Ludwig Sigesmund Neisser was a German physician who discovered the causative agent (pathogen) of gonorrhea, a strain of bacteria that was named in his honour (Neisseria gonorrhoeae).

Neisser was born in the Silesian town of Schweidnitz (now ?widnica, in Poland), the son of a well-known Jewish physician, Dr. Moritz Neisser. After he completed the elementary school in Münsterberg, Neisser enrolled in the St. Maria Magdalena School in Breslau (now Wroc?aw, in Poland). In this school, he was a contemporary of another great name in the history of medicine, Paul Ehrlich. He obtained the Abitur in 1872.

Neisser began to study medicine at the University of Breslau, but later moved to Erlangen, completing his studies in 1877. Initially Neisser wanted to be an internist, but did not find a suitable place. He found work, however as an assistant of the dermatologist Oskar Simon (1845-1892), concentrating on sexually transmitted diseases and leprosy. During the following two years he studied and obtained experimental evidence about the pathogen for gonorrhea, Neisseria gonorrhoeae.

Neisser was also the co-discoverer of the causative agent of leprosy. In 1879 the Norwegian physician Gerhard Armauer Hansen gave to young Neisser (who had visited him in Norway to examine some 100 leprosy patients) some tissue samples of his patients. Neisser successfully stained the bacteria and announced his findings in 1880, claiming to have discovered the pathogenesis of leprosy. There was some conflict between Neisser and Hansen, because Hansen had failed to culture the organism and demonstrate unequivocally its link to leprosy, although he had observed the bacterium since 1872.

In 1882 Neisser was appointed professor extraordinarius by the University at the age of 29, and worked as a dermatologist in the university hospital of Breslau. Later he was promoted to the director of the hospital. In the following year he married Toni Neisser, née Kauffmann.

In 1898 Albert Neisser published clinical trials on serum therapy in patients with syphilis. He injected cell free serum from patients with syphilis into patients who were admitted for other medical conditions. Most of these patients were prostitutes, who were neither informed about the experiment nor asked for their consent. When some of them contracted syphilis Neisser argued that the women did not contract syphilis as a result of his serum injections but contracted the disease because they worked as prostitutes.

In 1905 and 1906 Neisser travelled to Java, in order to study the possible transmission of syphilis from apes to humans. He later cooperated with August Paul von Wassermann (1866-1925) to develop the famous diagnostic test for detecting Treponema pallidum infections, and also in the testing of the first chemotherapeutic agent for syphilis, Salvarsan, which was discovered by his former school fellow Paul Ehrlich in 1910. In 1907, Neisser was promoted to professor ordinarius of dermatology and sexually transmitted diseases at Breslau.

As a scientific leader, Neisser was also very active. In the field of public health, he promoted vigorously preventive and educational measures to the public, and the better sanitary control of prostitutes, in order to combat venereal diseases. He was one of the founder of the Deutsche Gesellschaft zur Bekämpfung der Geschlechtskrankheiten (German Society for the Fight Against Venereal Diseases) in 1902, and of the Deutsche Dermatologische Gesellschaft (German Dermatological Society) in 1888. Neisser died of septicemia on 30 July 1916, at the age of 61 years, in Breslau.

More on his work

Albert Ludwig Neisser is remembered mainly as the discoverer of the etiologic agent of gonorrhea and because he is memorialized eponymically with the bacterial genus to which it belongs. The generic name “Neisseria” was already proposed in 1885 by V. Trevisan, an Italian bacteriologist, but it was not adoptedgenerally until the 1930s. Thus, for example, Neisseria meningitides, first cultured by Anton Weichselbaum (1845-1920, Vienna) in 1887, for long remained Diplococcus interellularis meningitides.

Not only are the circumstances of Neisser’s professional development of interest, but his scientificcareer was more complex than a single important discovery. He was born Jan. 22, 1855 in a small Prussian townnear the university city of Breslau. His father, Moritz Neisser, was a physician who was widowed duringAlbert’s infancy and he was raised largely by his stepmother. After attending a local elementary school, heattended Gymnasium in Breslau. Paul Ehrlich (1854-1915) was a classmate, beginning a life-long relationship.

Between 1872 and 1877 he attended the University of Breslau, with some time also at the University ofErlangen (Nurnberg). He obtained his medical degree and license in 1877. Neisser wanted to remain in Breslauand, because the residency that he sought in internal medicine was not available, he accepted a residency indermatology-venereology. At least the departments of pathology and dermatology lacked the prevailing antisemitism.The latter department was already highly regarded in 1878, when it was chaired by Oscar Simon(1845-1882). Neisser’s interest in the new field of bacteriology probably was stimulated by Ferdinand Cohn(1828-1898), the professor of botany, a pioneer bacteriologist, and the Danish bacteriologist Carl J. Salomonsen (1847-1924), temporarily in Breslau. Neisser knew the pathologists Julius Cohnheim (1839-1884) and Carl Weigert (1845-1904) long enough before they left for the University of Leipzig in 1877 and ’78 to learnhistologic staining techniques. Upon completion of his training, Neisser in 1880 obtained a junior facultyposition at the University of Leipzig. The next two years became the only period during which he was notaffiliated with the University of Breslau.

During his residency the 24 year old Neisser in 1879 made both of his principal discoveries. Hedemonstrated a morphologically consistent coccus in 26 adults with typical gonorrheal urethritis, seven cases ofneonatal infection and two adult cases of ophthalmia. He stained the “micrococci” with methyl violet. Neisser’smicroscopic finding was soon confirmed, but he was unable to find a reliable culture medium. In 1882Neisser made a more detailed morphologic description and introduced the term “gonococcus.” Althoughgonococci had been demonstrated microscopically in synovial fluid in cases of acute arthritis as early as 1883(8), Neisser in 1893 became the first to report having grown the gonococcus in culture from synovial fluid.

The pathologic significance of the gonococcus remained in dispute into the 1890s, mainly because of inability toinfect laboratory animals with it.

Simon died unexpectedly in 1882 and, perhaps aided by political influence, Neisser at age 27 was recalled from Leipzig to head the dermatology department, a position he retained for the last 34 years of his life.In addition to his clinical and scientific work he became an effective fund-raiser, especially in the Jewish business community. These efforts culminated in 1892 with a new building to accommodate the dermatology venereology department.