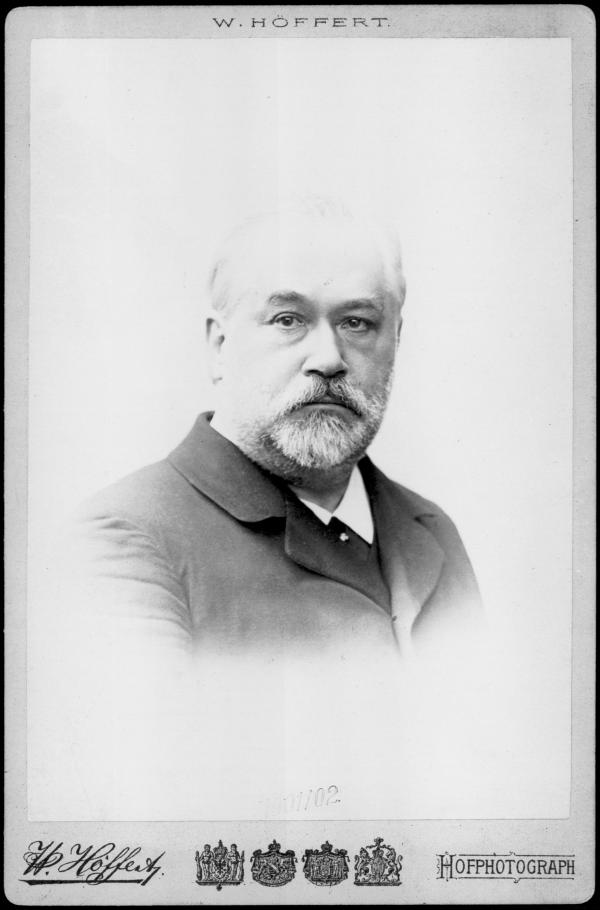 Julius Kniese (Knise) was a German choir director and conductor and municipal music director in Aachen and director of the Bayreuth Festival.

The son of a tailor grew up in simple circumstances. His maternal uncle, who was an elementary and music teacher by profession, recognized early on the musical talent of Julius Kniese and practiced singing and piano with him. At the age of nine he sang in the carol of his hometown and at eleven he sang the soprano part in Haydn’s Creation Mass.

After losing his uncle and his father at the age of 14, Kniese was forced to contribute to the livelihood of the family with piano lessons. For this he received free singing and piano lessons from the local cantor, represented him more and more often on the organ and led at the age of 17 a men’s singing club. In addition, he attended after graduating from high school for three years, the teacher training seminar in Altenburg, including Hofkapellmeister Wilhelm Stade.

On his recommendation, he moved in 1866 to Carl Riedel and Franz Brendel to Leipzig, where he received from both the musical fine tuning for his further career. There he met Franz Liszt (1811-1886) in 1869, whose works he especially valued and with whom he had a lively exchange of opinions and experiences in the future. In 1871, Kniese was called to Glogau, where he married his wife Olga, b. Mathies, married and led until 1879 as conductor the Singakademie to Glogau.

There followed a move to Frankfurt am Main, where he directed the Rühl’schen Gesangsverein and celebrated great success with this choir, especially in the performances of the works of Johann Sebastian Bach. There he became a member of the Masonic Lodge For Unity. Again it was Liszt who gave him excellent reviews and whose oratorio he performed for the first time despite resentment of the population of “newfangled music” with great success.

He ended his activity in Frankfurt when he received the offer from Aachen in 1884 to take over the position of music director and Kapellmeister at the Theater Aachen there. One year later, together with Carl Reinecke, he directed the Niederrheinische Musikfest. Despite great performance successes with the Aachen Symphony Orchestra it came in the following years with the local board to dislocations, so he moved to Breslau in 1887, where he gave two years without a permanent job only private lessons.

Ever since his time in Glogau, Kniese has been receiving offers from the son-in-law of Franz Liszt, Richard Wagner (1813-1883), to participate in the performances in Bayreuth. He was first a member of the choir in 1871, lived in the foundation stone in Bayreuth in 1872, was a member of the staff of music experts for the Bayreuth Festival in 1876, and worked as a volunteer in 1882 with the Festival Choir at the premiere of Parsifal under the direction of Hermann Levi (1839-1900).

He gave singing lessons to the daughters in Villa Wahnfried, already conducted the choir for Meistersinger independently in 1888-1889 and was finally taken over in 1889 as a full-time conductor and festival organizer. In addition to this activity, he founded in the same year a voice training school and the Bayreuth Choral Society, the later Philharmonic Choir Bayreuth.

Among his best known pupils of that time were among others the future successor as festival director, Siegfried Wagner (1869-1930), as well as the opera singers Hans Breuer (1869-1929), Alois Burgstaller (1871-1945) and Richard Mayr (1877-1935). Until his death in 1905 as a result of a heart attack on a trip to Dresden Kniese mastered his tasks in Bayreuth with great success and was considered after the death of Wagner as the “savior and renewal” of the Bayreuth Festival.