Koloman Moser was an Austrian artist who exerted considerable influence on twentieth-century graphic art and one of the foremost artists of the Vienna Secession movement and a co-founder of Wiener Werkstatte. During his life, Moser designed a wide array of art works – books and graphic works from postage stamps to magazine vignettes; fashion; stained glass windows, porcelains and ceramics, blown glass, tableware, silver, jewelry, and furniture – to name a few of his interests. 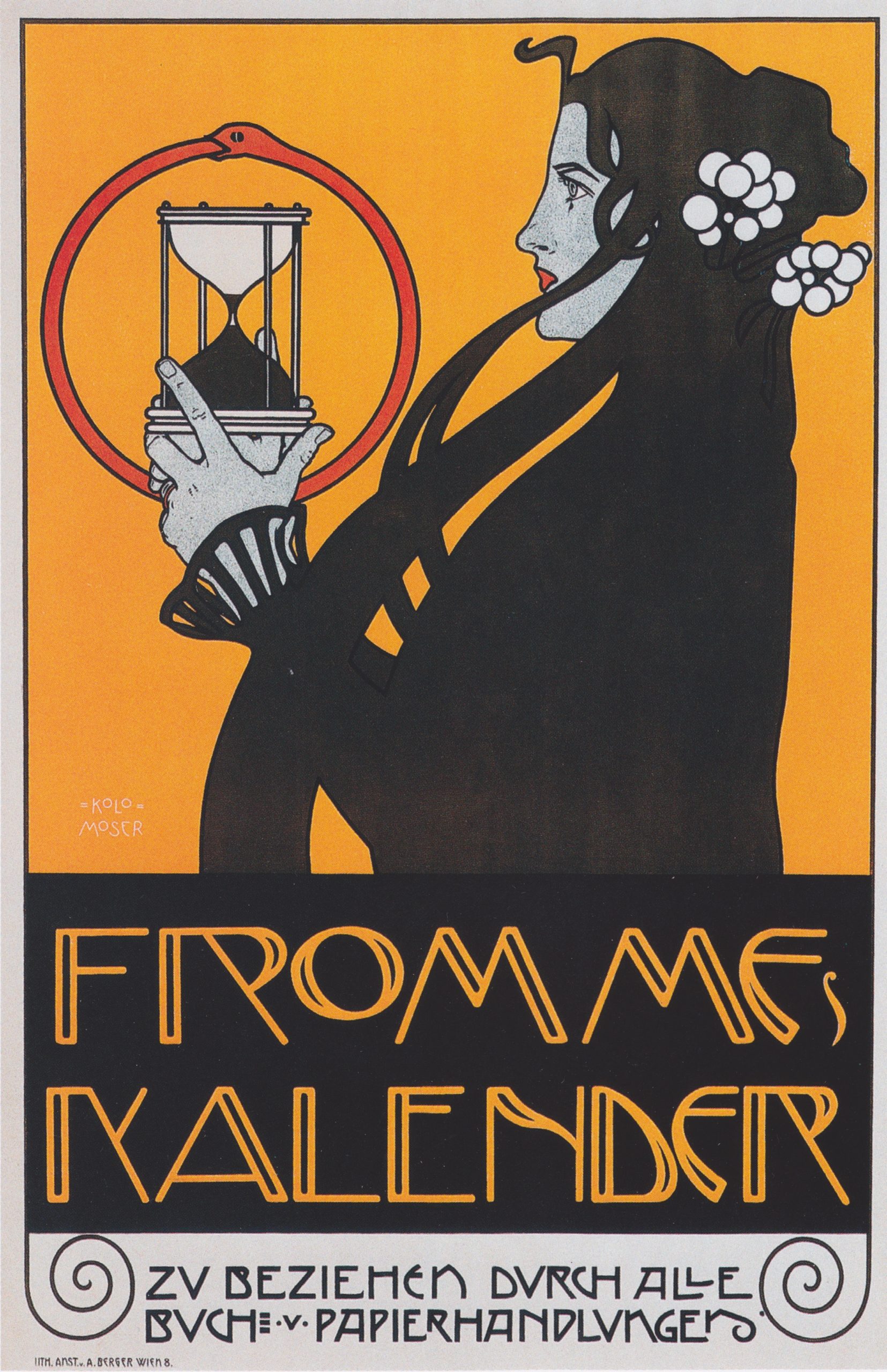 Born in Vienna, he studied at the Wiener Akademie and the Kunstgewerbeschule, where he also taught from 1899. His designs in architecture, furniture, jewellery, graphics, and tapestries helped characterise the work of this era. Moser drew upon the clean lines and repetitive motifs of classical Greek and Roman art and architecture in reaction to the Baroque decadence of his turn-of-the-century Viennese surroundings. 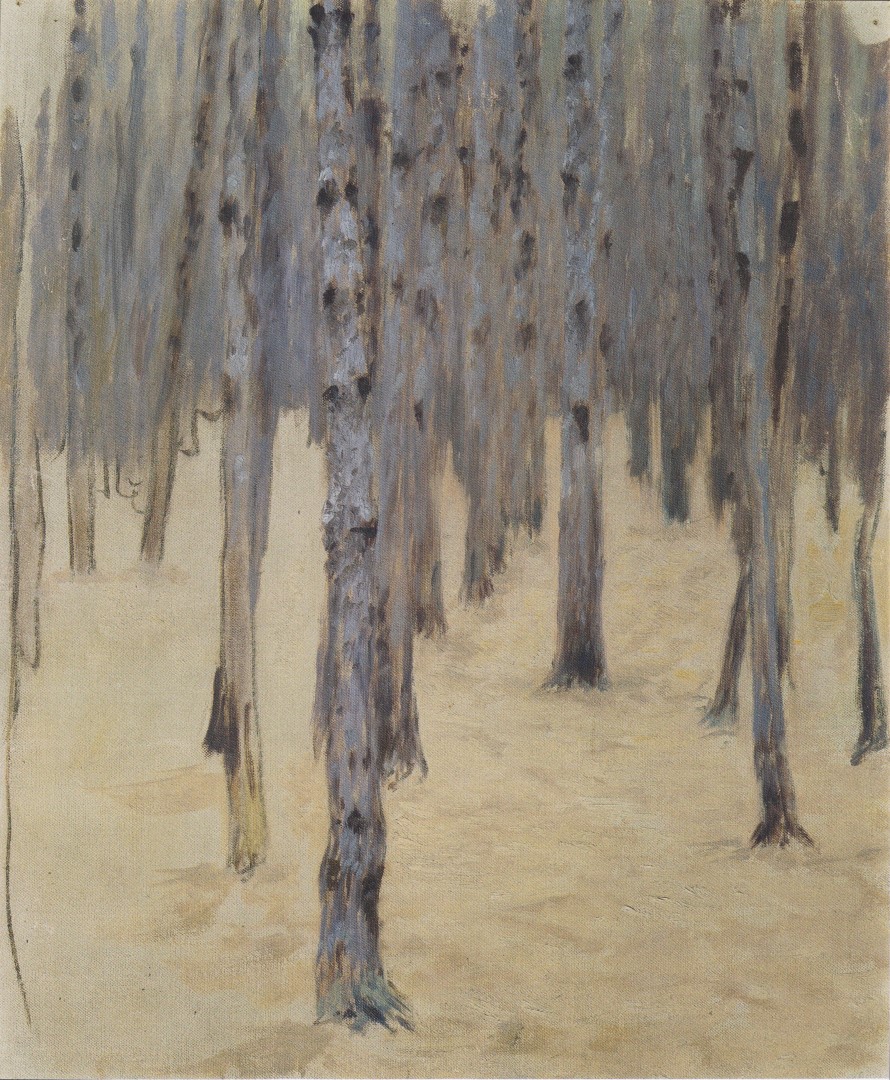 In 1901/1902, he published a portfolio titled Die Quelle (“The Source”) of elegant graphic designs for such things as tapestries, fabrics, and wallpaper. In 1903, Moser and his colleague Josef Hoffmann founded Wiener Werkstatte, whose studios and artisans produced a number of aesthetically and functionally designed household goods, including glassware, flatware, silverware, and textiles.

In 1904, he created the Apse mosaic and glass windows for the Kirche am Steinhof in Vienna. In 1905, together with the Klimt group, he separated from the Vienna Secession. The same year, he married Editha (Ditha) Mautner von Markhof, the daughter to one of Austria’s great industry fortunes. In 1907 Moser, due to internal conflicts and as his plans for reorganising the Werkstatte (to cope with financial problems) weren’t realised, withdrew from the Wiener Werkstätte.

Koloman was one of the designers for Austria’s leading art journal Ver Sacrum. This art journal paid great attention to design and was designed mainly by Moser, Gustav Klimt and Josef Hoffmann. His design for the cover of one edition of the art journal was later plagiarized by well known street artist and designer, Shepard Fairey. 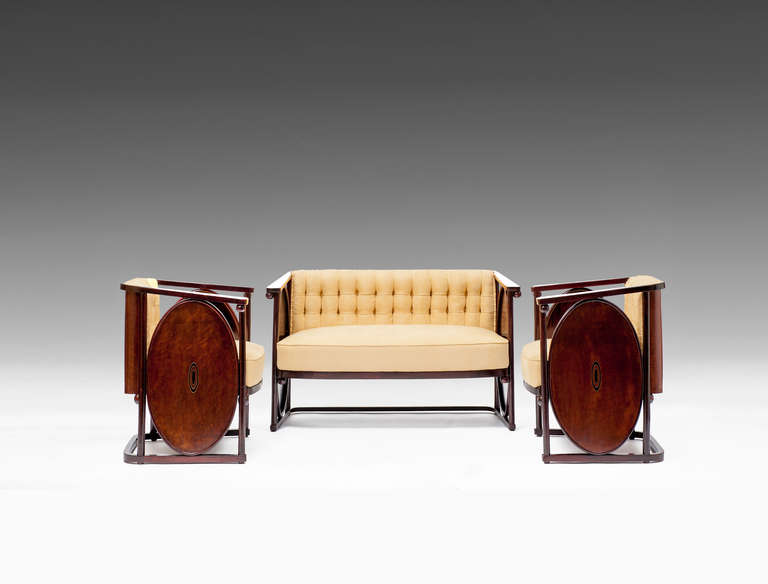 One of Moser’s most prominent designs used in a building (The Steinhof Church) was selected as a main motif of one of the most famous euro collectors coins: the Austrian 100 euro Steinhof Church commemorative coin, minted on 9 November 2005. On the reverse of the coin, the Koloman Moser stained glass window over the main entrance can be seen.

In the centre of the window is God the Father seated on a throne. The window is flanked with a pair of bronze angels in Jugendstil style, originally designed by Othmar Schimkowitz. Kirche am Steinhof, also called the Church of St. Leopold, is the Roman Catholic oratory of the Steinhof Psychiatric Hospital in Vienna, Austria. The building designed by Otto Wagner is considered one of the most important Art Nouveau churches in the world. 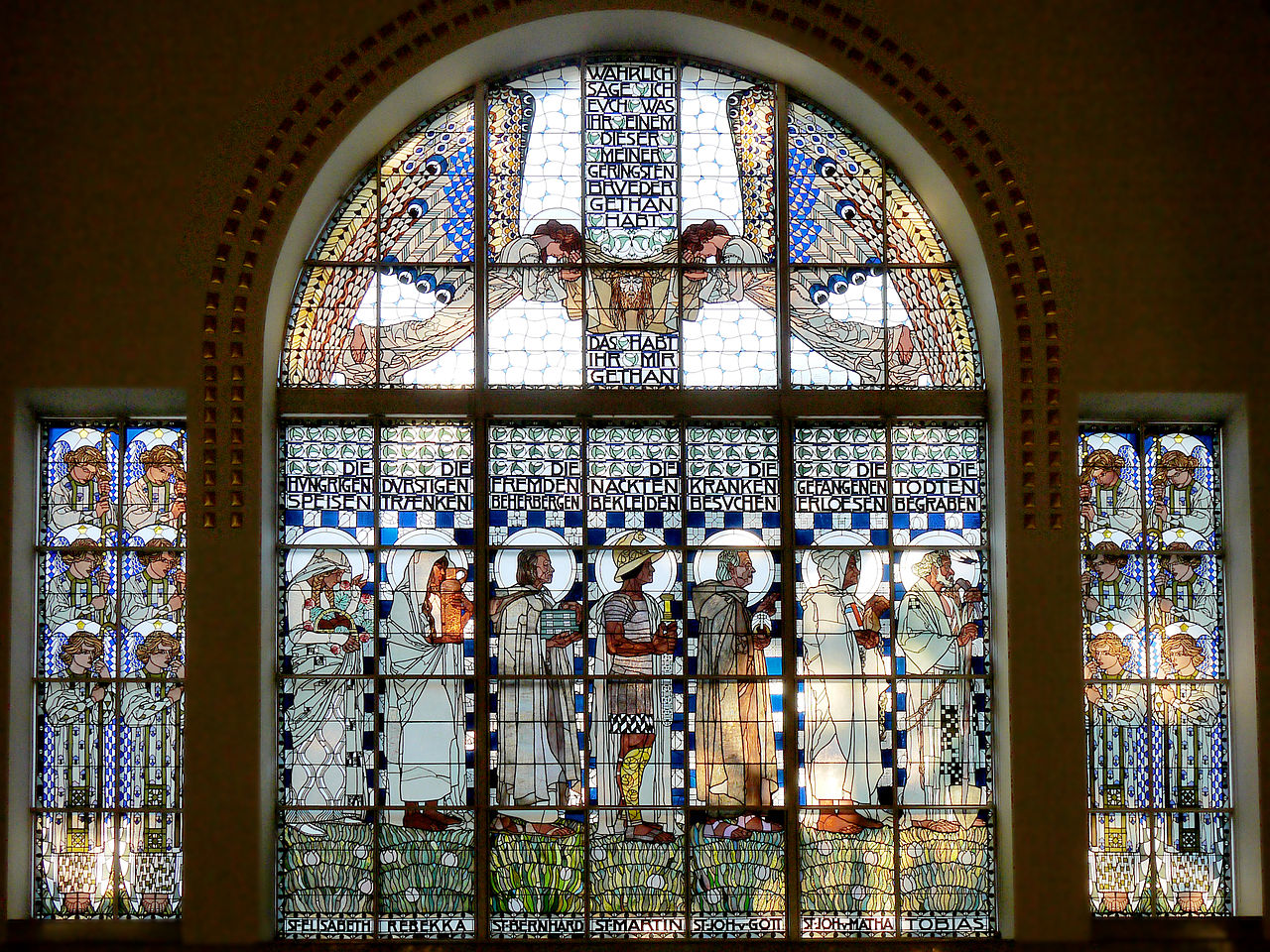 On 3 May 2010 Swann Galleries auctioned the third volume in Moser’s three-volume series “Die Quelle,” containing 30 sumptuous decorations for flat surfaces, such as tapestries, wallpaper and fabrics, in the original portfolio. Each plate was double sided, with a colour design on one side and a black-and-white design on the other. It sold for an auction record price of $12,600. 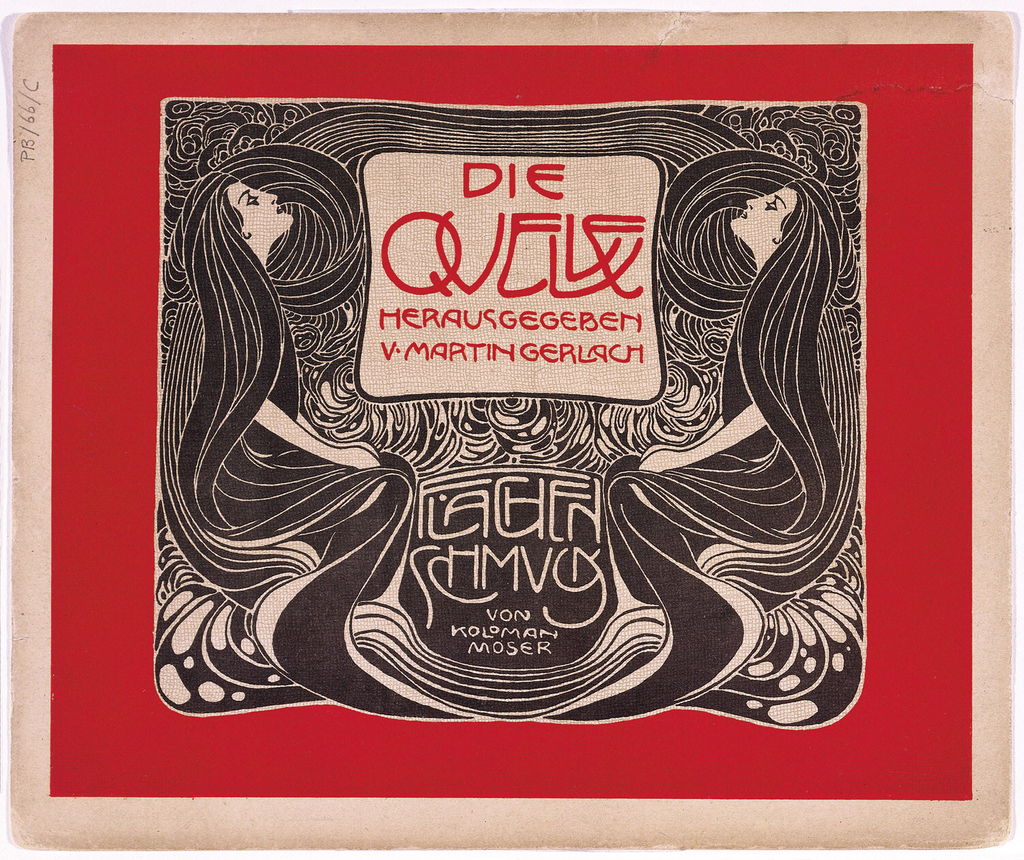