For Pollak closest friends was Jakob Emil Schindler (1842-1892), Alma’s father, the leading Austrian landscape painter in the second half of the 19th century. Another friend was Carl Julius Rudolf Moll (1861-1945), the most important art entrepreneurs around the turn of the century and one of the best painters.

The most poignant writing Portrait Pollak yielded 1911 Alban Berg, as he tried to raise money for the almost penniless Arnold Schoenberg. Many of the wealthiest Viennese cultural patrons refused to give anything, but Pollak impressed mountain fact that he immediately agreed to contribute a small amount each month. Berg described Pollak as “peculiar” man with an “unheard correct, perhaps pedantic conception of honor.”

Pollak’s life had ‘started with the most unprecedented hardships’,  he had ‘far thanks to his diligence and his instinct for something higher in inward worked his way up as an external relationship’ both. Pollak’s relationship with Mahler came one step from its correspondence. The earliest letters from 1903, when Mahler Pollak probably gave the Orlik-portrait, reveal that the two often looked at each other, though not without difficulties, resulting from their different life situations: Mahler was director of the Vienna Court Opera, Pollak Staatsbahnrat for Personal and sanitary affairs responsible for the railroad.

The last letter from 1910, as Pollak suffered from tuberculosis and Mahler’s health was also strongly attacked, suggesting that Pollak Mahler meant a great deal; He did everything in his power to ensure that this was the best possible medical treatment.

Pollak also stood Alma Schindler close, the woman who lay the greatest Viennese artists, writers and musicians of the century at the feet. This had partly to do with their appearance – for the conductor Bruno Walter was Alma, “tall and slim and a dazzling beauty,” the “most beautiful girl in Vienna” … 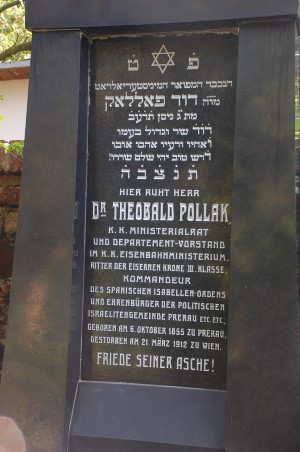