Painter, graphic artisy and co-founder of the Vienna Secession (association).

His experience with the Academy of Fine Arts in Vienna was brief as a serious illness interrupted his studies an resulted in severe hearing loss that plagued him for the rest of his life.

While he greatly admired Hans Makart (1840-1884) during his time at the Academy, the work of landscape painter Jakob Emil Schindler (1842-1892) (which Moll first saw at an exhibition of the Viennese Kunstlerhaus (1881)) had the greatest influence on his career. Moll was Schindler's private student and collaborator for eleven years.

Several years after Schindler's death, he married Schindler's widow, singer and actress Anna Sofie Moll-Schindler-Bergen (1857-1938). Anna's daughter from her marriage with the late Schindler was Alma Mahler (1879-1964) with whose husband Gustav Mahler (1860-1911) Carl Moll later established a close relationship. He also made Mahler's Death mask in 1911.

While his work greatly evolved over his long life, during the Vienna Secession it was characterized by paintings with a muted atmosphere rendered in subdued tones and influenced by French impressionism and pointillism in ther articulate brushwork.

A leitmotif of this period was the artist's villa, House Carl Moll I Vienna - Steinfeldgasse No. 8, which Josef Hoffmann (1870-1956) designed for him and the artist Koloman Moser (1868-1918). It became the first completed house in the villa colony om the Hohe Warte hill in Vienna (1901). See: Hohe Warte district map.

Moll was the most active organizer of the Vienna Secession group and served as its President in Year 1901.

The close contacts with the Miethke Gallery, where Moll worked as an artistic supervisor (starting from Year 1904), and his effort to make this gallery a commercial platform for the Vienna Secession, were among the factors that caused the group to split into factions, resulting in the departure of the artists associated with Gustav Klimt (1862-1918), including Moll.

Galerie Miethke was founded in 1861 by Hugo Miethke, from 1895 located at Dorotheegasse 11. It was run by Carl Moll and Paul Bacher (a friend of Klimt, whose exhibition there in 1910 marked a turning point in his career). Center for modern art, exhibiting works of the Secession movement, Jugendstil and the Wiener Werkstatte. 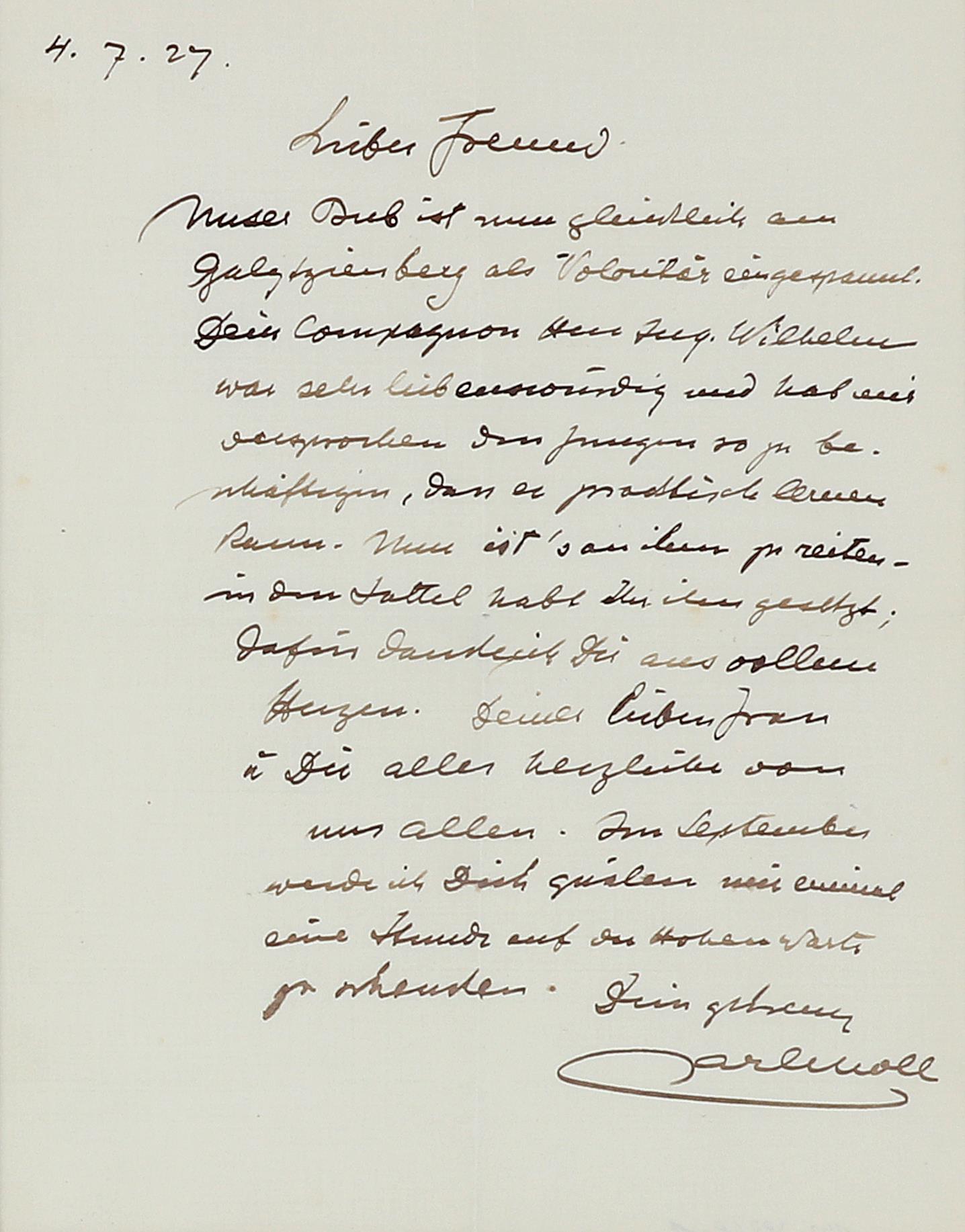 Carl Moll and the Nazis 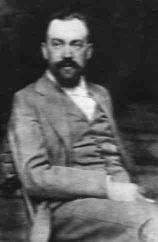 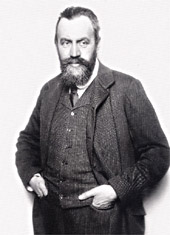 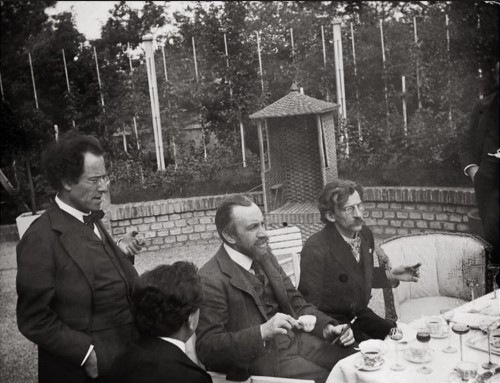 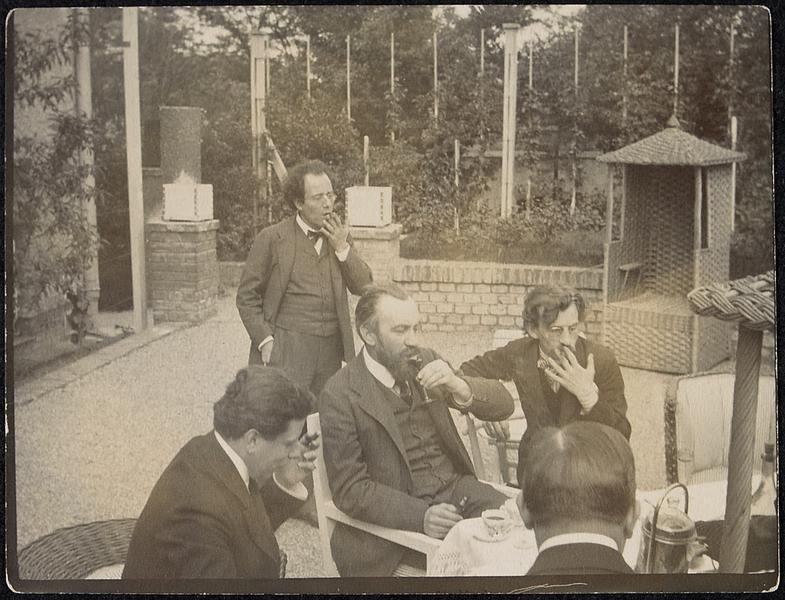 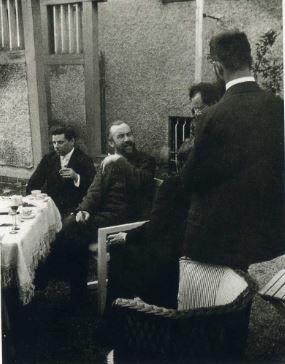 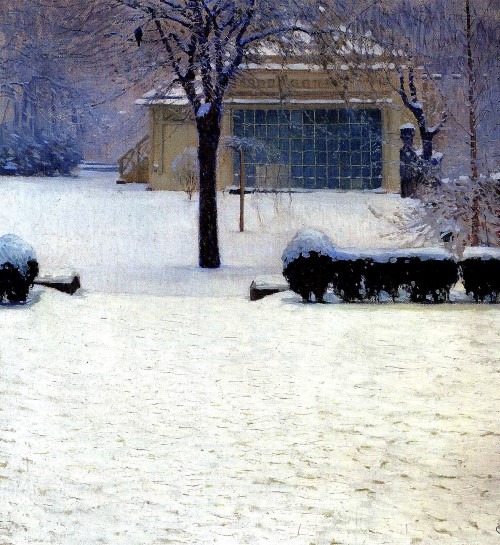 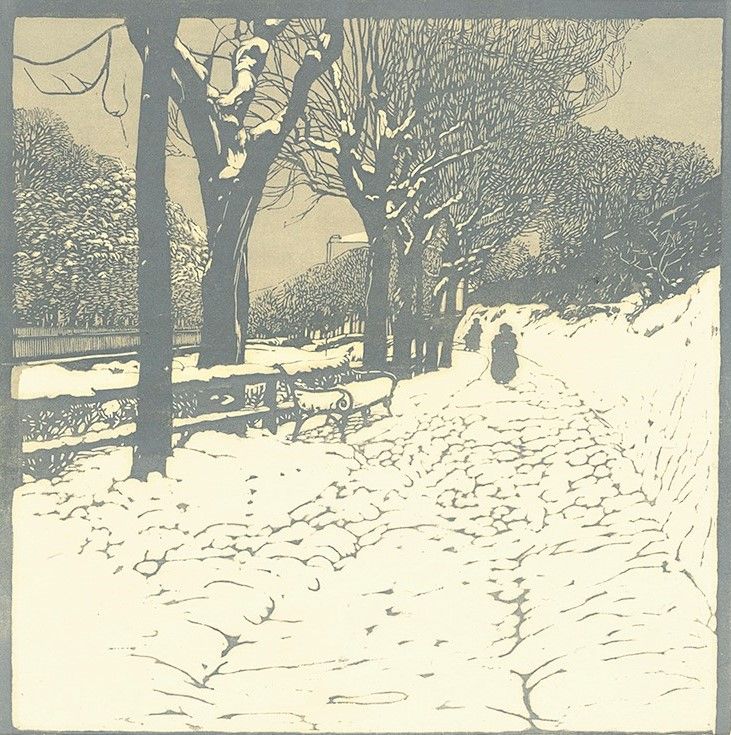 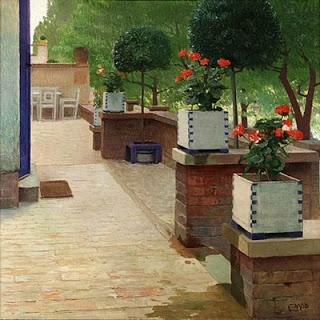 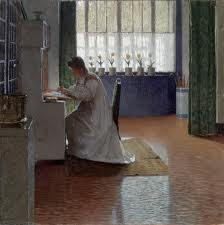 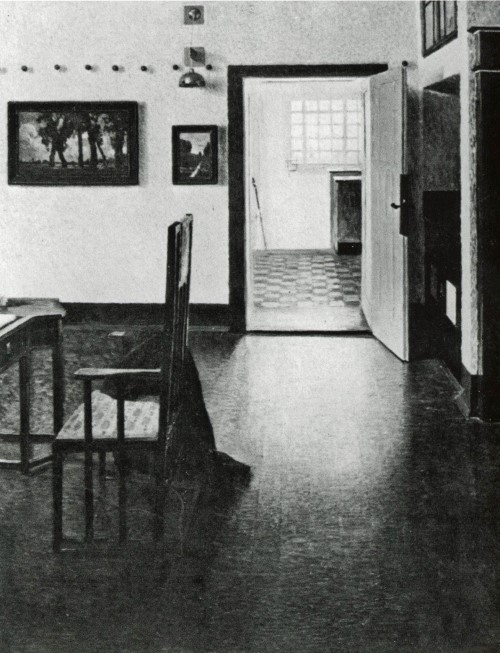 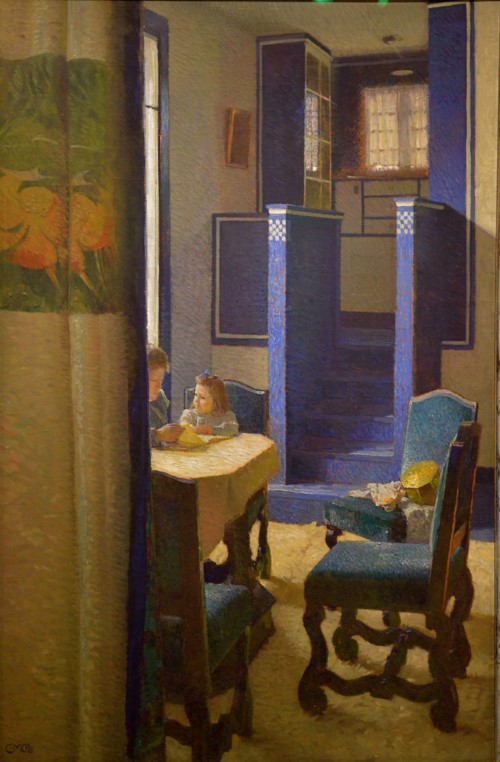 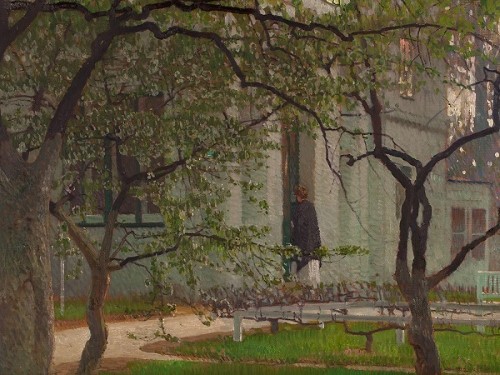 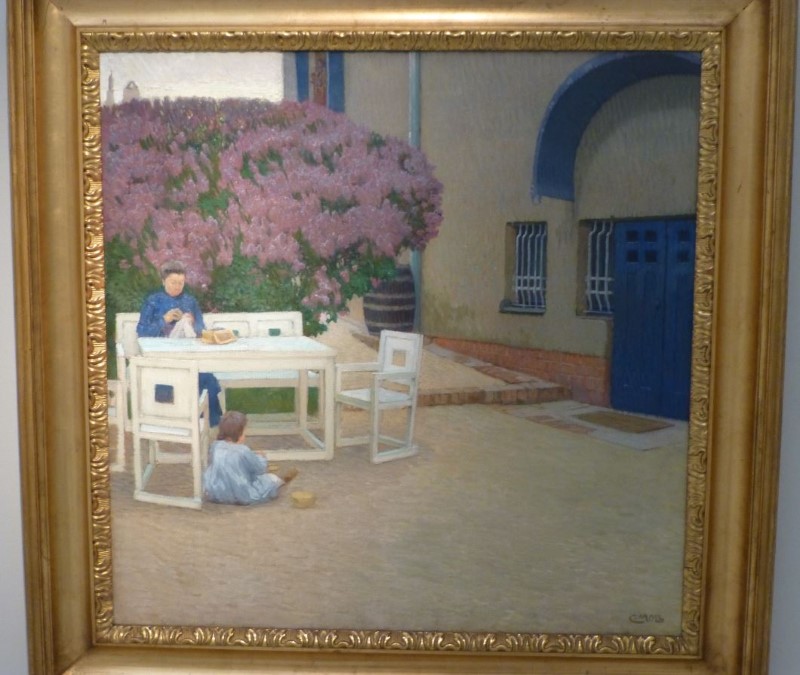 Year 1905. Outside the House. House Carl Moll I Vienna - Steinfeldgasse No. 8.

Year 1905. Outside the House. House Carl Moll I Vienna - Steinfeldgasse No. 8. Signature. 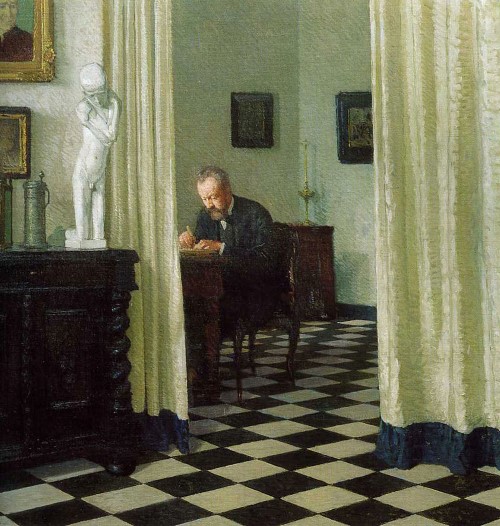 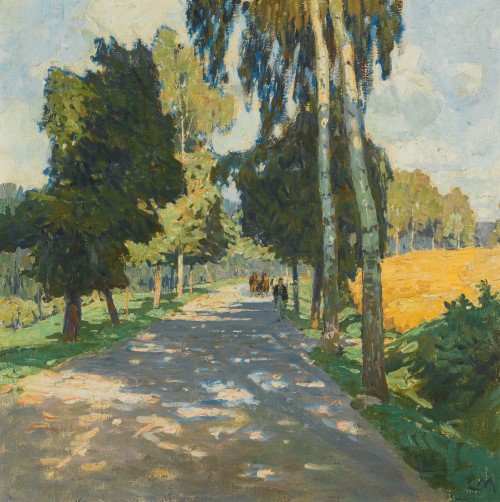 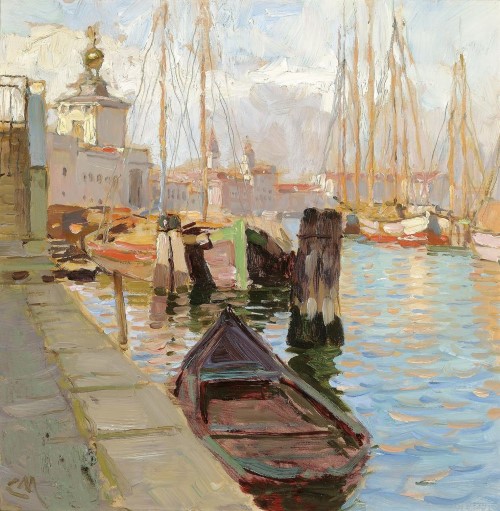 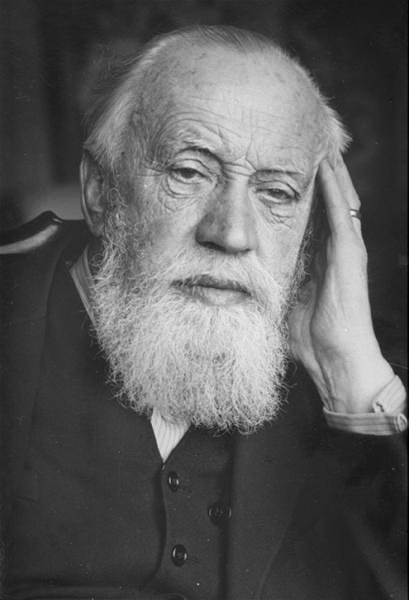 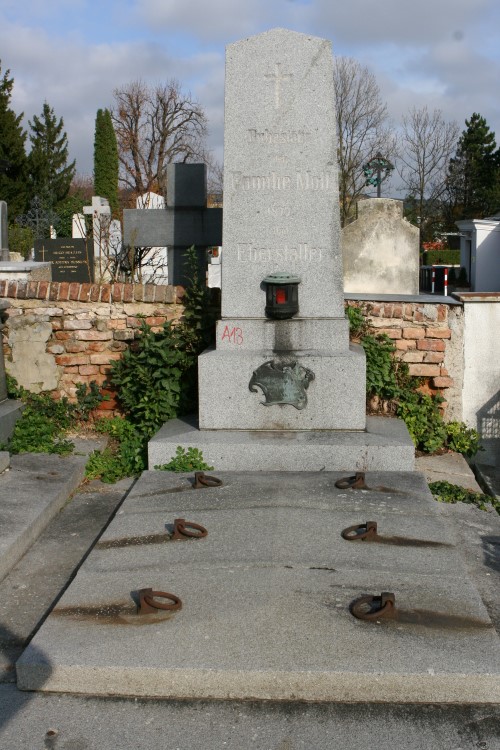