In the spring of 1877, the baker couple Karl and Magdalena Ramharter decided to set up a vegetarian lunch in their shop in the 8th district. Lunch was an opportunity for lunch offered by private individuals (very often women) in their homes or by greyers, butchers or bakers in the shops. In contrast to restaurants and restaurants, lunch tables had no menus, but the operators hosted their guests with a daily changing menu. It was only open at lunchtime. Lunch tables filled a gap in the culinary offer of the growing city, as the gastronomic infrastructure could not keep up with the increasing demand. The menus were also mostly cheap and also served “special requests” like those after a meatless diet.

The Ramharters had already made a name for themselves in the life reform movement with their Graham bread when they prepared lunch menus. The expansion of the food supply was a success, as seen in the relocation two years later: From October 1, 1879 could (part-time) vegetarians in the Wallnerstraße 7 in downtown Vienna eat meatless meals. The basement restaurant on the corner of Fahnengasse existed until about 1912.

Little is known about the food, in contrast to other restaurants from Ramharters restaurant no menu handed down. Individual newspaper reports show that visitors had a choice between cabbage soup with semolina dumplings, spinach with rice or Grahamschmarrn. 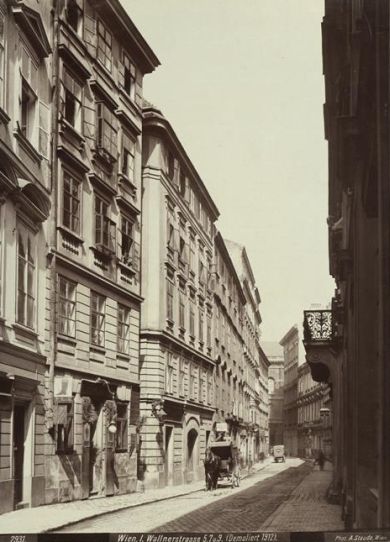 The guests could quench their thirst with milk or water. Alcohol was not served at Ramharters Diner. The vast majority of vegetarian restaurants of the 19th century designed their beverage offer according to the principles of the natural way of life, for which alcohol was taboo. 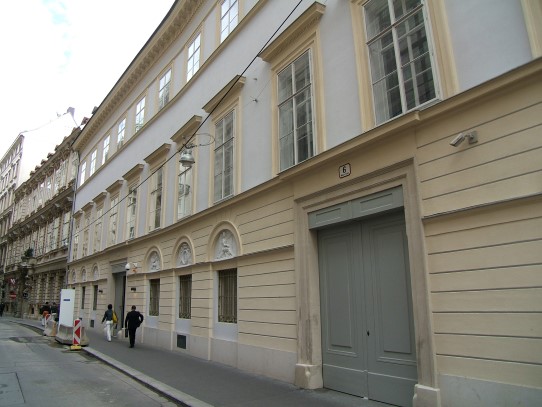 The “vegetarian restoration” was not only a meeting place for hungry vegetarians, but also the meeting place for the organized meat deniers of the 19th century. 03-11-1881 held the Association for natural living its inaugural meeting in the restaurant and in the following decades this venue was numerous club meetings, celebrations and lectures.

For example, in May 1885, the food chemist August Aderholdt gave a lecture on “Vegetarianism and Vegetarianism”, in the spring of 1888 the Society for Natural Lifestyle organized a discussion on the “drug-less cure”. In March 1896 Franz Kanitsár lectured on “Materialism, Idealism and Art from the point of view of vegetarianism “and in October 1908 Viktor Neugebauer explained the topics” abstinence and ethics “