In 1922 Alma bought a house in Venice, near the San Toma church, and called it Casa Mahler. There she spent many months together with her beautiful daughter Manon Gropius (1916-1935) and her third husband, Franz Werfel (1890-1945). It had a garden and a magnificent old gate, “under government protection as an historic mounment” as she wrote in her diary. Alma installed two bathrooms, and also enlarged one of the rooms in preparation for Franz Werfel. There she stayed till 1934. Now a hotel. 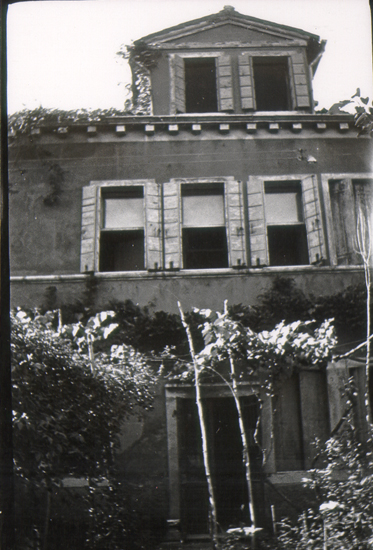 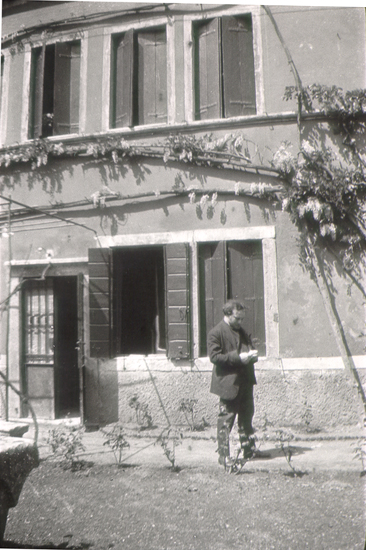 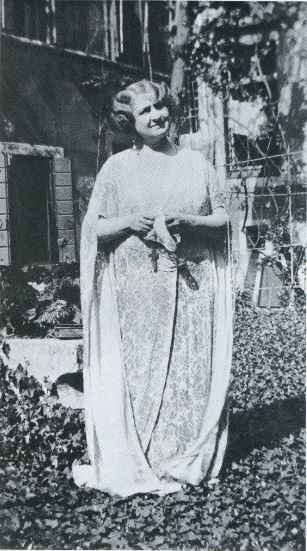 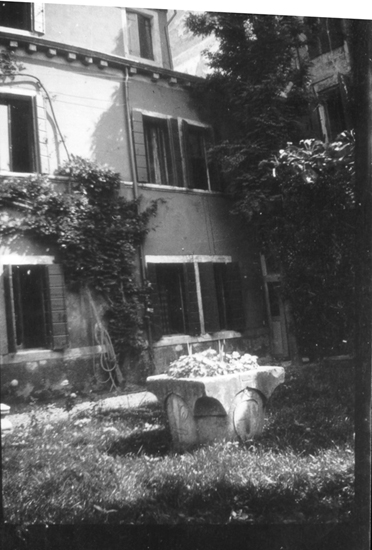 One evening in Venice in April 1934, Manon complained of an excruciating headache; within just a few hours, she was paralyzed. The cause was polio, and she was seventeen years of age. She died very suddenly, on Whit Monday 1935 in House Alma Mahler Vienna Hohe Warte 1931-1945 (Steinfeldgasse No. 2, Villa Eduard Ast), Vienna. In remembrance of Manon Gropius, Alban Berg composed his violin concerto, dedicating it to »the memory of an angel«. Already the same year Alma and Werfel went to Venice to sell the house in which they had been so happy but which now held so many painful memories.

Alma Mahler discovered Venice in 1897, on her first trip to Italy accompanied by her parents and Gustav Klimt on the occasion of Arturo Toscanini’s concert performance.

Only in the summer of 1922 did she return to the city for a lengthy sojourn. She decided to buy a house, situated near the Basilica dei Frari and belonging to the Soranzo family. 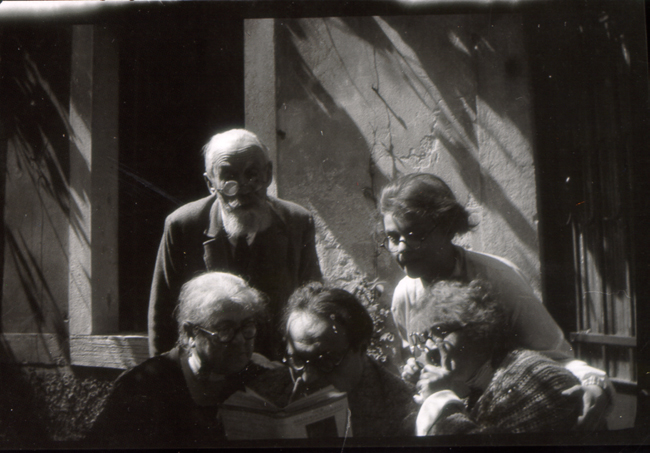 One day while walking, she met Oscar Kokoschka, a previous lover whose amorous story began after the death of her first husband Gustav Mahler and was abruptly interrupted in 1915 when she married Walter Gropius: I met Kokoschka by chance…he is strangely near and far to me…  After Kokoschka’s departure, Franz Werfel, a man 11 years her junior, joined her in this romantic city. They meet in 1917 and married in 1929.

Venice became for Alma a refuge: I dream of living completely separated from the rest of the world, in my little house in Venice, all alone, protected by the wall of bricks – and to die there. But I do not know still whether I could bear la last great solitude. …In my house! A little garden, a true paradise.

February 1928: I arrived yesterday. Venice! I live in my house. My house built from nothing, a sum of money that never worried me…if I sold it now I would gain a hundred thousand lira, a sum with five zeros. In exchange though, my universe would vanish and I would only have a few zeros more.

Alma Mahler and Franz Werfel, though having frequently vacationed in Liguria in the meantime, would leave Vienna for Venice in 1934, leaving behind an Austria in the grips of a nazi turmoil. In this stay in Venice, dreamt for in a long time to forget the fear and anxiety left behind, a new, more personal drama unfolds: Alma’s third child, Manon, is affected by polio and would have to return to Austria, where she would die a few weeks later. An irrevocable decision was then taken, one that was entrusted in Alma’s diary in July of 1935: We all leave for Venice, with the purpose of selling our dear house, where we were so happy, maybe too much. But the end of this dream was so terrible that we could never find the desire to laugh again.