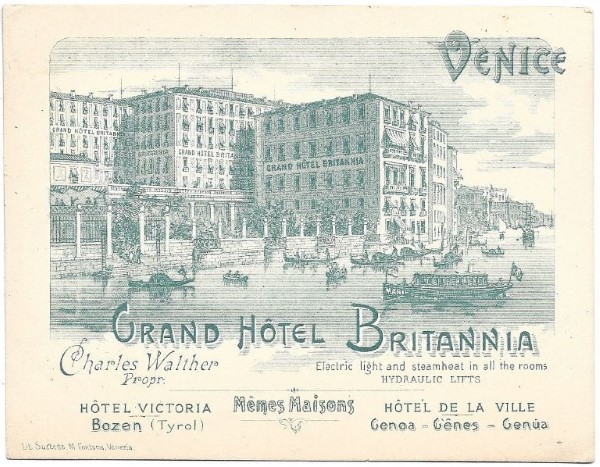 The Hotel Britannia, Venice, was the result of the joining of five 18th and 19th century palaces. The oldest palace belonged to theTiepolos, the illustrious Venetian family that gave the city two “doges” and the seventeenth century painter Giambattista Tiepolo.

By the 19th century Palazzo Tiepolo and the buildings that face the lovely courtyard on the Grand Canal had already been converted into a hotel. Initially operated under the name Hotel Barbesi (1868), it was later known as the Hotel Britannia (1881). The owner and manager was a gentleman named Carlo Walther. 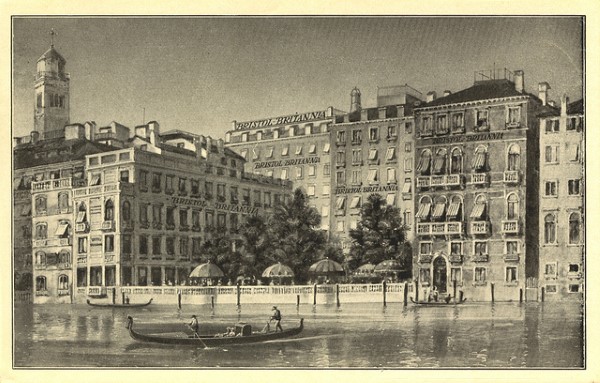 During the autumn of 1908 it was here that the celebrated Impressionist painter Claude Monet stayed – a long visit in which he made the most of his talent with the magnificent views that the hotel offered. In a letter, dated October 16th, 1908, Mme. Monet wrote: “We have finally arrived at the Hotel Britannia, with a view, if such a thing were possible, even more beautiful than that of Palazzo Barbaro…”