During his time in London Gustav Mahler stayed briefly at a hotel, and then at two addresses:

Bloomsbury is an area of the London Borough of Camden, in central London, between Euston Road and Holborn, developed by the Russell family in the 17th and 18th centuries into a fashionable residential area. It is notable for its array of garden squares, literary connections (exemplified by the Bloomsbury Group), and numerous cultural, educational and health-care institutions.

Bloomsbury contains some of London’s finest parks and buildings, and is particularly known for its formal squares. These include: 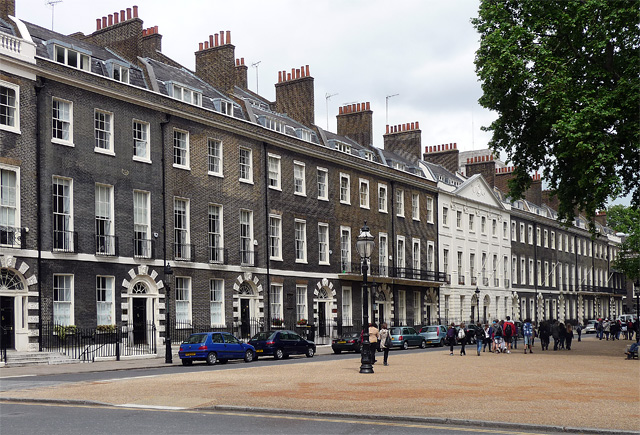 Bedford Square is probably London’s most complete and best-preserved Georgian square. It was laid out in 1775-1786, possibly by builders Robert Grews and William Scott. Each of the sides are treated as continuous facades with emphasis provided in the centre.