Josephine, also Josephine, was born in Vienna as the daughter of Rudolf Auspitz (1837-1906) and Helene Lieben (1838-1896). In 1879, her mother became ill with depression. Because of this “mental illness” she was taken to the psychiatric clinic Préfargier near Neuchâtel (Neuchâtel). The children came into the care of a governess, Marie Heidenhain from Dresden, which was after the death of the mother in 1896 the new wife of the father.

Josefine received her education through private teachers, but was not allowed to study as a girl. Like her mother, she began to paint. Her teachers were Emanuel Stöckler and Ludwig Michalek. Although both parents were patrons of the Gesellschaft der Musikfreunde in Vienna, they did not notice their musical talent. She received only the then at that time for children from “good home” usual piano lessons. Visiting performances by the Vienna State Opera, Josefine became enthusiastic about Georges Bizet’s Carmen and began replaying the heard melodies on the piano. Pianist Lili Michalek became her first teacher before she became a student of Josef Bohuslaw Forster (1859-1951) at the Conservatory of Vienna.

Josef Winter significantly influenced their further development. The physician and poet, whose poems were set to music by well-known composers, was introduced to the family around 1900 by family doctor Josef Breuer.

Already in 1894 Josefine was married to Alfred Fröhlich von Feldau and lived with her husband the family seat in Oppolzergasse 6 in Vienna. Franz Brentano used to live with Ida Lieben, her aunt. It now bore the name Josefine Fröhlich Rosa Noble von Feldau. 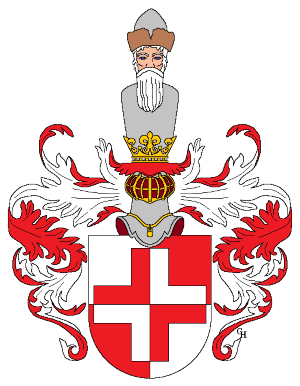 Josefine began to become increasingly socially engaged and took over the management of a children’s home during the First World War. With the help of her fortune, her husband founded, among other things, a pulmonary sanatorium and mobile epidemic labs for the Red Cross, for which he was ennobled in 1914 with the title “Edler von Wigmar”. Now her name was Josefine Rosa Winter Edle von Wigmar.

Due to his early cardiac death in July 1916, her husband did not live to see how the Nuremberg racial laws came into force after the “Anschluss” of Austria in 1938 and expelled Josefine Winter as a “full Jewess” from her villa in Währinger Cottage and into the second district in a collective camp was brought. She tried with a personal letter to Adolf Hitler to regain their denied civil rights. If she had previously assessed the situation correctly, she would have been able to go into exile thanks to her wealth and influence just as much as her long-time companion, Sigmund Freud (1856-1939). Instead, her assets were “Aryanized”, she herself was deported to Theresienstadt.

She mainly composed texts by poets of her time, such as Paula Preradovi? and Hilda Benjamin.

On May 8, 1936, a recital took place in the small concert hall in Vienna, at which other works by the composer Josefine Rosalie Auspitz-Winter were presented.
Presumably, this was one of the artist’s last opportunities to hear some of her songs, “This is the Lord’s Day,” Requiem and “Now You’re Talking,” performed by Martha Elschnig on the piano, accompanied by Paul A. Pisk ,
Josefine applied after the 1935 issued in Germany and with 20 May 1938 also in the “country Austria” valid “Nuremberg race laws” as a full Jew. As a Jew, who was descended from at least three of the race to full-Jewish grandparents.

The composer was a member of a widely ramified family clan of the Jewish bourgeoisie in Vienna. These included the names Lieben, Auspitz, Todesco, Gomperz and Schey. These families produced some important people from the finance and banking sectors – as well as well-known inventors, scientists and philosophers.

Josefine’s father, Rudolf Auspitz, (1837-1906) was a science politician and economist. Her mother Helene, b. von Lieben (1838-1896), pupil of the painter Georg Decker, succeeded in achieving professional standards as a portrait painter. She portrayed, among others, Grillparzer, with whom she was in friendly contact until his death. In 1879, when Josefine was six and her brother was three years old, her mother fell ill with depression – a big break in the girl’s life. For now, the mother was separated from the family.

The education of the children was now in the hands of a West Prussian governess named M. Heidenhain, whom the father later married. Through private tutors, including scholars of rank, Josefine received an excellent education. As a girl, she was denied the opportunity to study at a university. Even as a fifty-year-old, she bitterly noticed that she could never console herself for not being a boy. At first, the adolescent engaged in painting, a legacy of the mother. She took lessons from Eduard Stöckler and Ludwig Michalek. Her musical talent was barely noticeable at first – the first piano lessons given did not produce a child prodigy. Both parents were patrons of the Gesellschaft der Musikfreunde – music loving and practicing were only the absent mother and her mother – the father and the rest of the family were considered completely unmusical.

Occasionally they attended performances by the Vienna Court Opera, which made Josefine Bizet’s “Carmen” her favorite opera. Hugely impressed by this work, the young girl began to reenact the heard melodies on the piano. The pianist Lili Michalek became her first teacher, through which she devotionally studied the works of Schumann, Brahms and Schubert. Research suggests that her earnest study began only towards the end of the 1890s, which enabled her to acquire her first compositional knowledge. Josefine became a student of Josef B. Forster (1859-1951), who taught composition at the New Viennese Conservatory and from 1921 was obliged to attend the master school in Prague.

Around the turn of the century, the artist met Josef Winter, who was enthusiastic about music and poetry. Josef Winter (1857-1916) was known in certain circles as a gifted poet whose poems were set to music by well-known composers. This event significantly influenced Josefine’s artistic career. She entered into a second marriage with the physician, which was supported by mutual encouragement and encouragement. Her 1894 with Alfred von Felder closed marriage, which two children Hilde (* 1894) and Walter (* 1897) came from, was dissolved.

Josef Winter’s poems inspired Josefine to a series of songs, among others to “betrothal”, “song in minor”, “in beech forest” or “soul song”. She mainly composed texts by poets of her time, such as Paula of Preradovic (The Patricians of Ragusa) and Hilda Benjamin (saying of the stalks). The research assumes that it is not possible to find out which of their works reached which music publishers. A few compositions, mainly songs for one voice and piano, are preserved in the title. “To the deepest and most poignant of the present” (according to Ostdeutschisches Lexicon, 1938, the publisher missed his intention by pointing out: “All elements of the species and races could” with the inclusion of the Jewess Josefine “eliminated”) but their count in the Ehrbarsaal in the Konzerthaus and Musikverein listed works.

The artist also appeared as a painter in some exhibitions. In various encyclopedias of Austrian painting of the 19th century is their name.

In 1927, a book of her “50 years of a Viennese house” appeared, with which she also proved her talent as a writer. In it, as a member of the financial aristocracy of Vienna around the turn of the century, she describes the events of that time, which she herself had experienced. She was also socially involved when she gained extraordinary service in the years of the First World War by running a children’s home. Her husband, Josef Winter, who had made considerable fortunes by marrying her, established large-scale medical facilities, such as a pulmonary sanatorium and mobile Red Cross epidemic laboratories. Winter was raised to the peerage and succumbed in 1916 to a heart condition.

A particularly disturbing fact: When Josefine was forced by the Nazi regime to leave her villa in the Währinger Cottage and move to the second district to a collection center for Jews, she wrote a list of charities paid by the family. She even added a letter to Adolf Hitler personally to this list. With foreign people penned in a confined space, Josefine was certainly no longer able to compose. She said that this letter could cause her to reclaim the civil rights denied by the Nazi state. The response of the Nazi regime was accordingly negative and brutal. Josefine was wealthy and had excellent connections abroad. She did not use these for her own salvation. Like many other Jewish citizens, she was unaware of her life-threatening situation. Anti-Jewish harassment and decrees

These circumstances eventually increased the artist ‘s total wealth and loss of residence. The transports to Theresienstadt began in 1942 – the camp was regarded as a “showcase” for “privileged” Jews (celebrities, artists, scientists, Jewish participants in World War I, Jews over 65). The people arriving there promised to be looked after and cared for, whereby they had to cede their assets in so-called “home sales contracts”. Josefine Auspitz-Winter was 70 years old at the time of her deportation. Registered under No. 409, the composer arrived in Theresienstadt on 15 July 1942. Only a few months later she died – according to Totenbuch Theresienstadt – on January 20, 1943.