According to ancient legends Vyšehrad Castle is an old seat of a Czech princes. Local settlement was established in the mid-10 th century. Situated on a rocky promontory above the Vltava River. The park area including the Romanesque Rotunda of St Martin, the neo-Gothic Church of St Peter and St Paul Basilica (1903) and the Vysehradsky cemetery. The underground casements house some of the original Baroque statues from the Charles Bridge.

Established in 1869 on the grounds of Vyšehrad Castle is the Vyšehrad cemetery. Adjacent of the church. The final resting place of many composers, artists, sculptors, writers, and those from the world of science and politics.

In order of death: 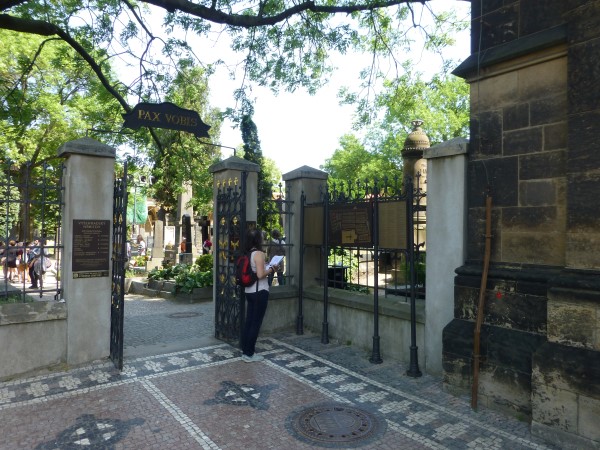 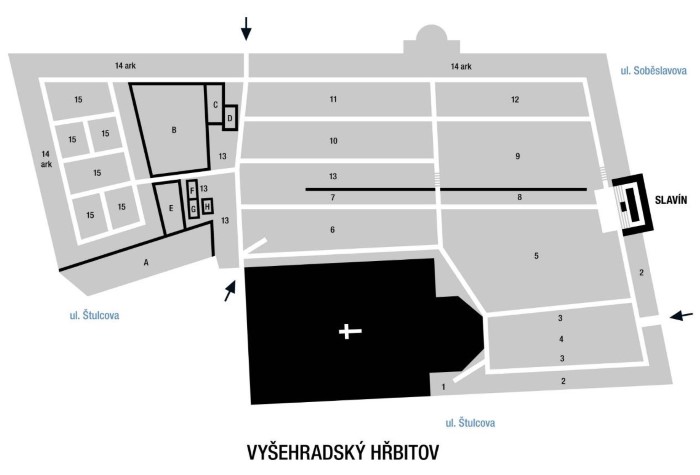 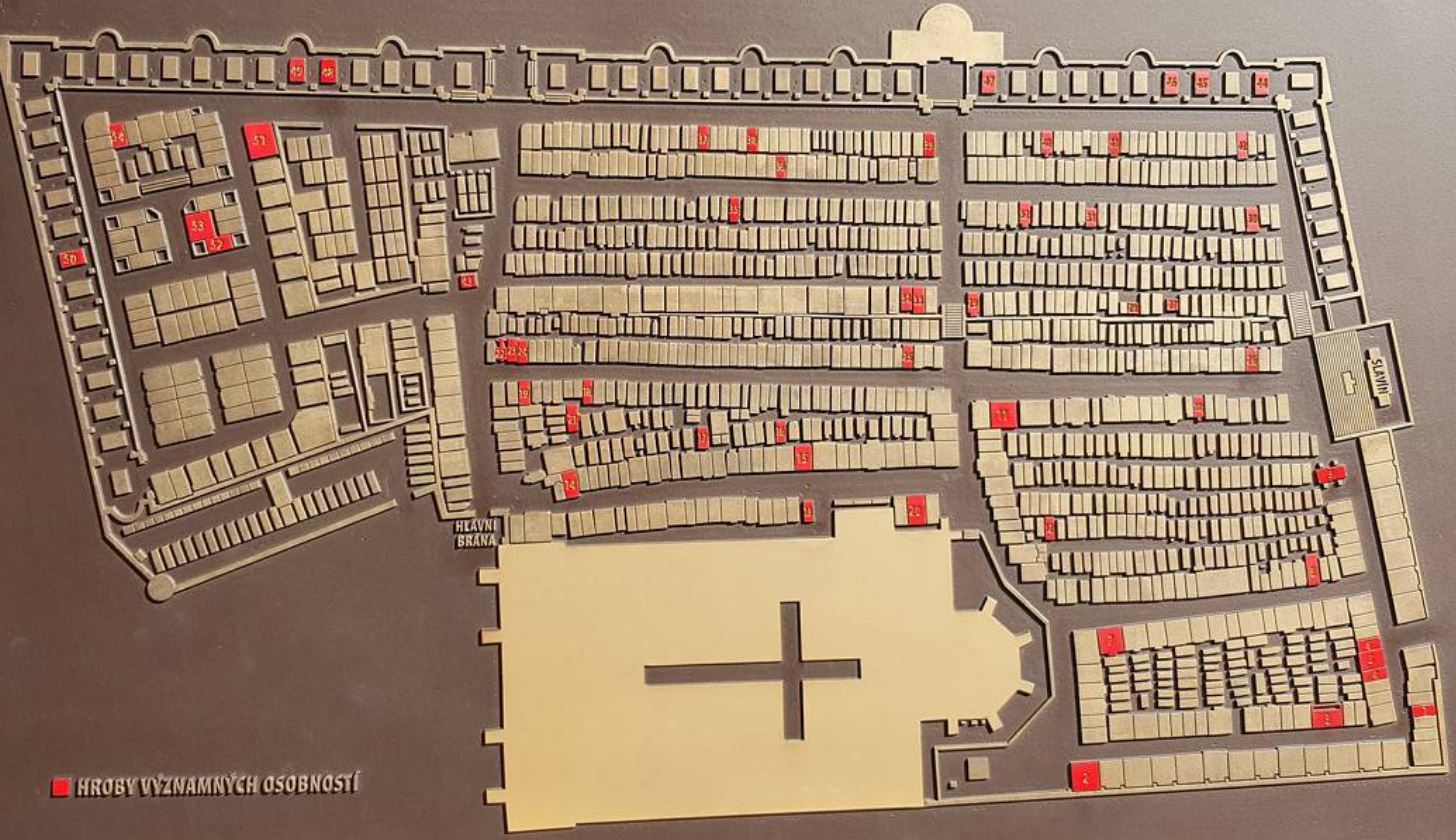 Vysehradsky cemetery. Tourist numbers. In front of the church, there is this map with information and location of the graves. 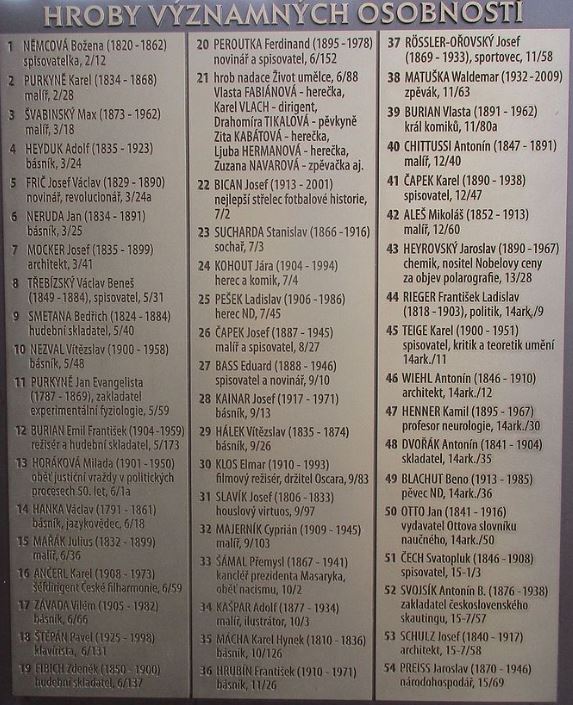 The centerpiece of the cemetery is the Slavín tomb, at the cemetery’s eastern end, designed by Antonín Wiehl. The idea of the establishment of the pantheon, a joint last resting place of outstanding Czech personalities, appeared in the 1880s. The initiators were Vyšehrad provost and Mikuláš Karlach and Smíchov Mayor Petr Mat?j Fischer, who also help to finance the monument.

Project of the monumental tomb was designed by architect Antonín Wiehl. Slavín was subsequently built in the years 1889-1893 on the eastern side of the Vyšehrad Cemetery. The sculptural decorations were made by Josef Mauder (1854-1920). The first burial in the tomb occurred eight years after its completion.

In 1901, poet Julius Zeyer was buried here as the first person. The last person interred at Slavín was conductor Rafael Kubelík in 2006. The tomb contains 44 burial tombs, mostly with coffins, some urns are stored as well. The remains of 55 people are currently interred in Slavín. 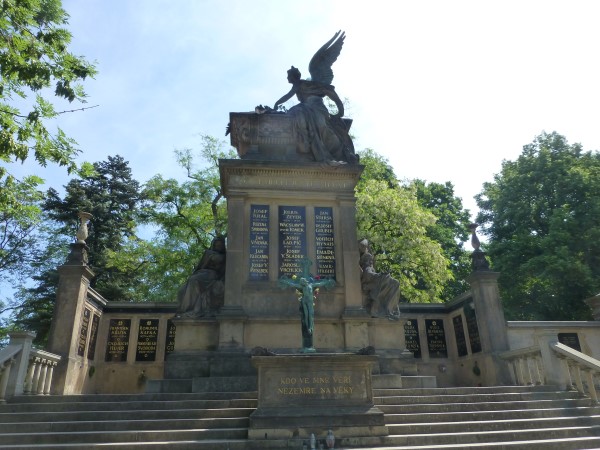 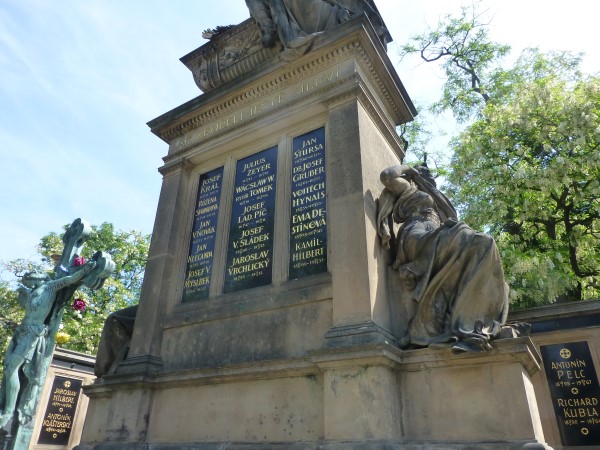 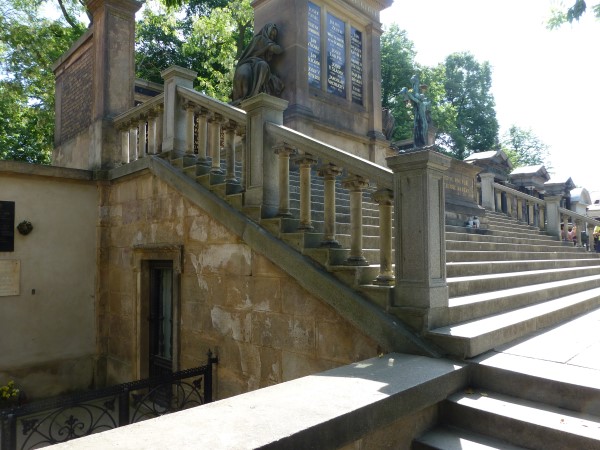 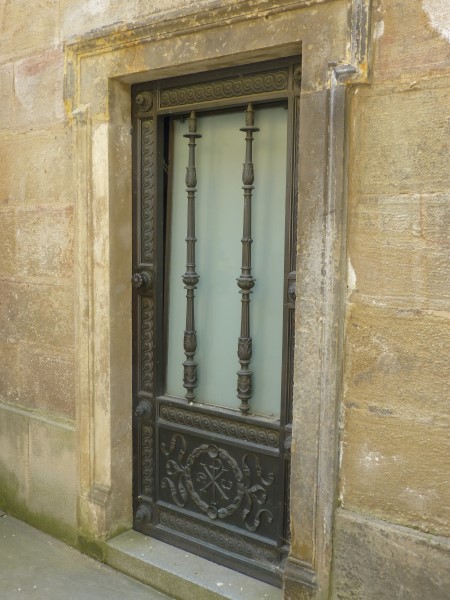 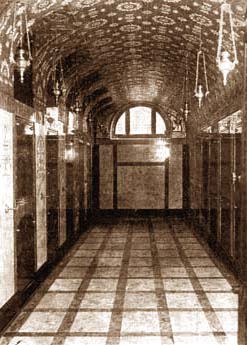 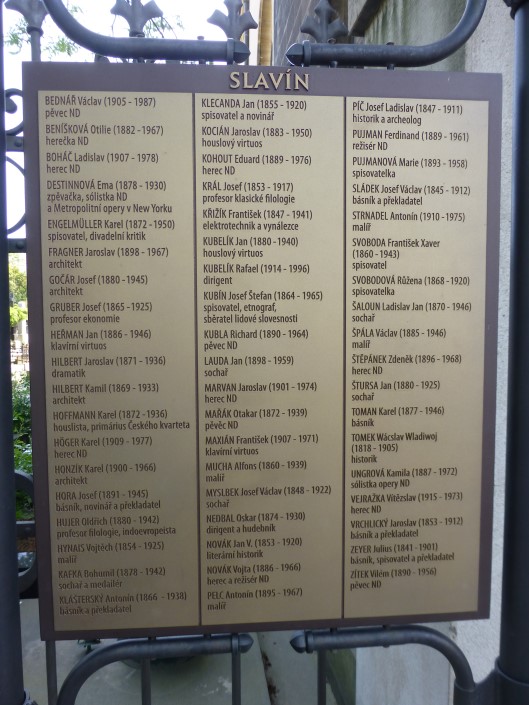