The Bach quarter (Bachviertel also “Bachstraßenviertel”) initially known as “Viertel am Johannapark”, is a quarter in the outskirts of the Leipzig West suburbs around the central Sebastian-Bach-Strasse, after which it was named. It was built in the middle of the 19th century as a city extension between Ferdinand-Lasalle-Strasse and Käthe-Kollwitz-Strasse, and is characterized by its block-built buildings and villas next to the Waldstraßenviertel. Leipzig’s history of church music in particular is closely linked to the Bachviertel, and is home to the Bildungscampus Forum Thomanum.

Decisive for the development of the inner Leipzig West and South suburbs was the flood protection within the framework of the realized Pleißenflutkanal and the draining of floodplains in the middle of the 19th century. In 1870, a “south-west development plan” and 1877 were presented with an overall plan according to which two new urban areas, especially the Bach and Music Quarter, were to be built.

These were realized at the end of the 19th century at the parks Johannapark and König-Albert-Park (now part of the Clara-Zetkin Park).

The Bachviertel was built as a residential district, which offers punctual commercial areas in the courtyards. There were two schools, namely St. Thomas’s School and IV Bürgerschule, and two churches, the Luther Church and the Anglo-American Church. The district has a rectangular ground plan and extends from the Elster in the north-west via Ferdinand-Lassalle-Strasse (former Bismarckstrasse) to the southeast and Friedrich-Ebert-Straße (former Weststrasse) in the north-east to the Elsterwutbecken in the southwest.

A closed block-border building was chosen, the representative tenement houses of which are four-storey and five-storey. Central, the Sebastian-Bach-Straße forms a main axis. Side streets lead into an open villa structure.

The most original development of the district took place at Gustav Mahler Strasse 2, near Schreberstrasse, in 1855. In the 1870s, the Moscheles and Hauptmannstraße areas became lodges. The first villas were built from 1870 on the busy Käthe-Kollwitz-Strasse (former Plagwitzer Straße), which links the Leipzig city center with Lindenau and Plagwitz. The construction phase was completed in 1875.

The southern part of the district is regarded as “very impressive in terms of urban development”, since from 1881 to 1888 a closed building with well-bourgeois residential houses took place, whose façades are splendidly designed and which are equipped with enclosed front gardens. 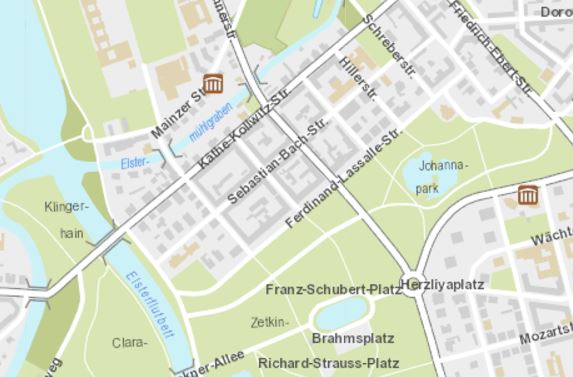 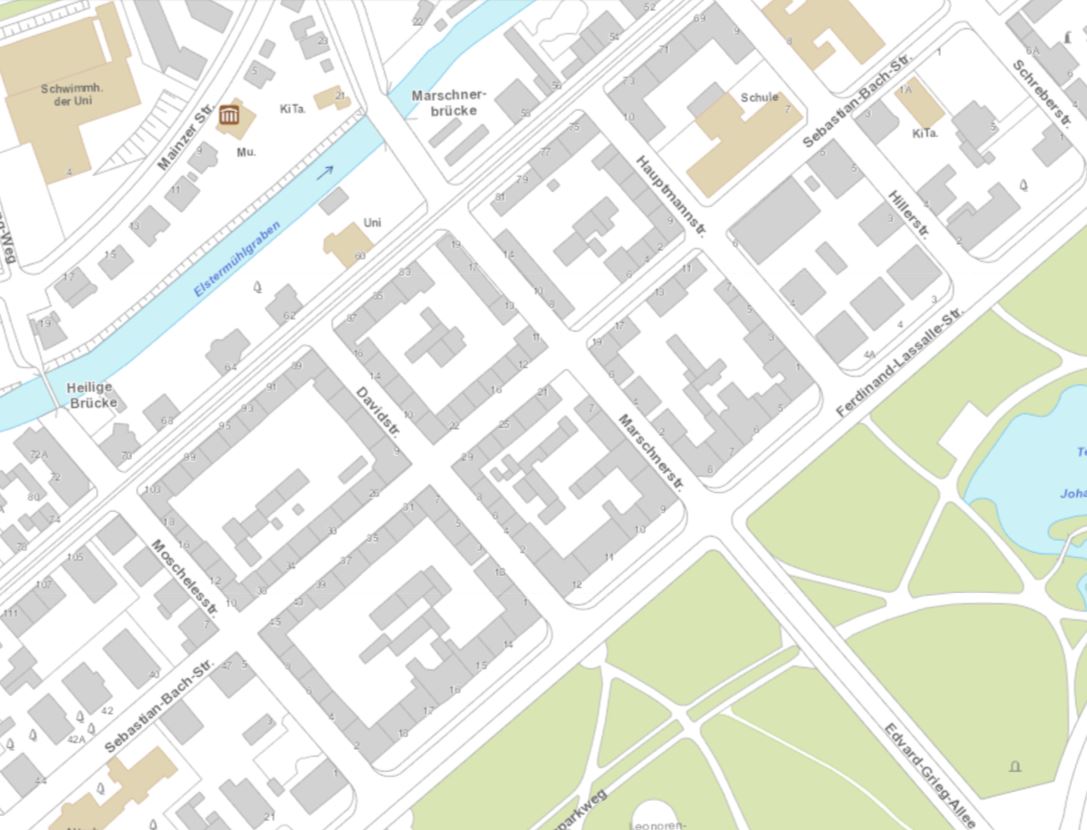 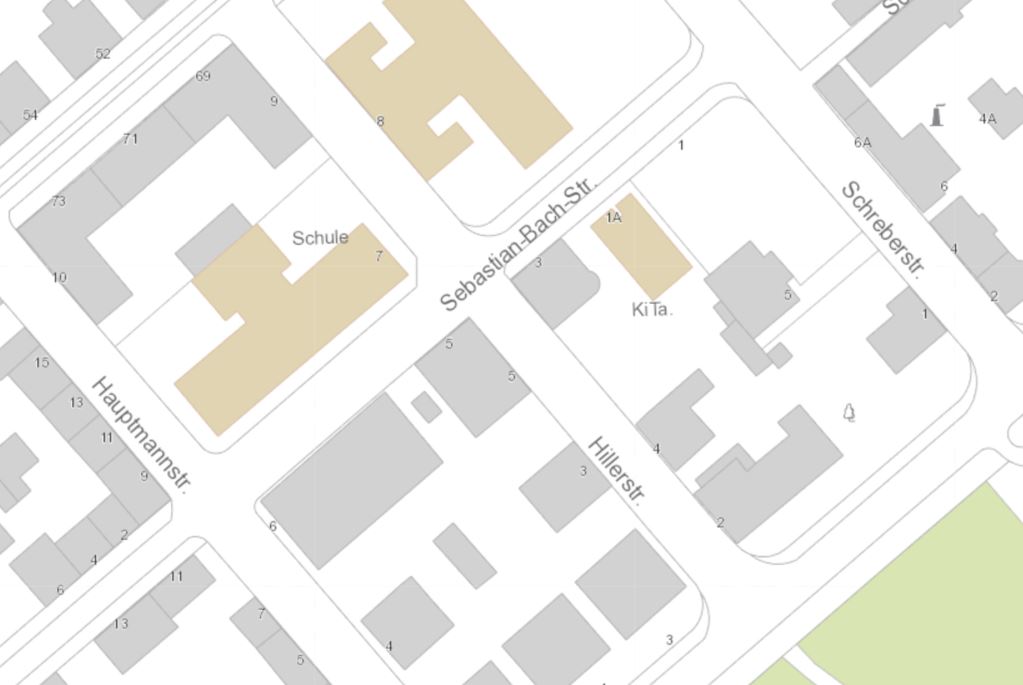 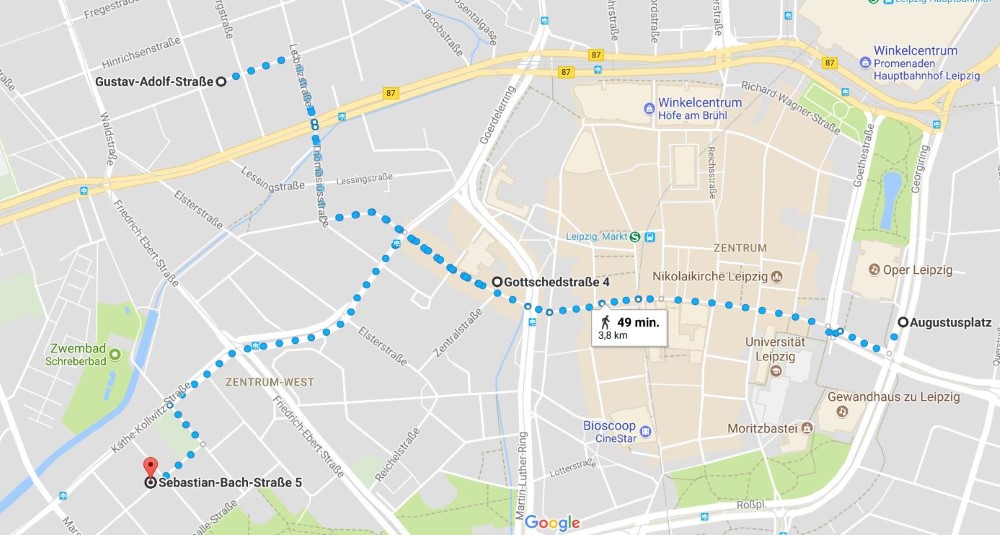