Mahler’s 8th, premiered on September 12th, 1910, under Mahler’s baton with 1,029 performers (858 singers, 171 orchestral members – impresario Emil Gutmann coined the “Symphony of a Thousand” moniker) is made up of two perfectly unconnected parts, a massive choral and organ section over orchestra set to the 1,200-year-old Latin hymnus Veni, creator spiritus and then the mysterious music set to the equally mysterious closing scene of Goethe’s Faust, Part II.

Mahler made arrangements with the impresario Emil Gutmann for the symphony to be premiered in Munich in the autumn of 1910. He soon regretted this involvement, writing of his fears that Gutmann would turn the performance into “a catastrophic Barnum and Bailey show”.Preparations began early in the year, with the selection of choirs from the choral societies of Munich, Leipzig and Vienna. The Munich central-Singschule provided 350 students for the children’s choir. Meanwhile Bruno Walter, Mahler’s assistant at the Vienna Hofoper, was responsible for the recruitment and preparation of the eight soloists. 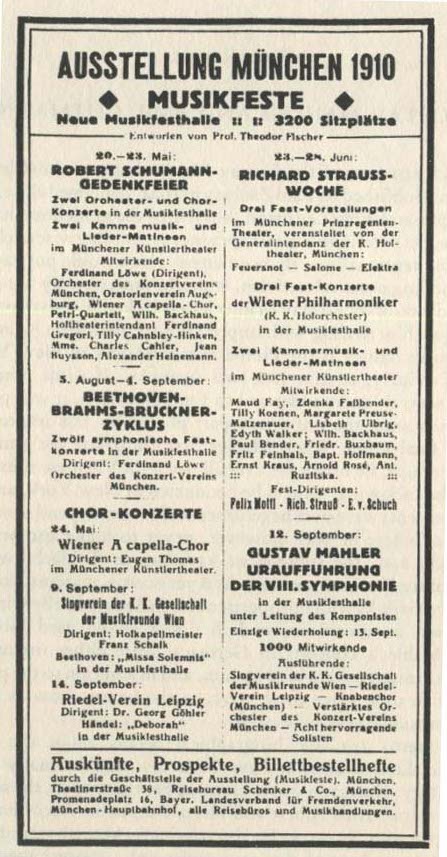 Through the spring and summer these forces prepared in their home towns, before assembling in Munich early in September for three full days of final rehearsals under Mahler. His youthful assistant Otto Klemperer remarked later on the many small changes that Mahler made to the score during rehearsal: “He always wanted more clarity, more sound, more dynamic contrast. At one point during rehearsals he turned to us and said, ‘If, after my death, something doesn’t sound right, then change it. You have not only a right but a duty to do so.” 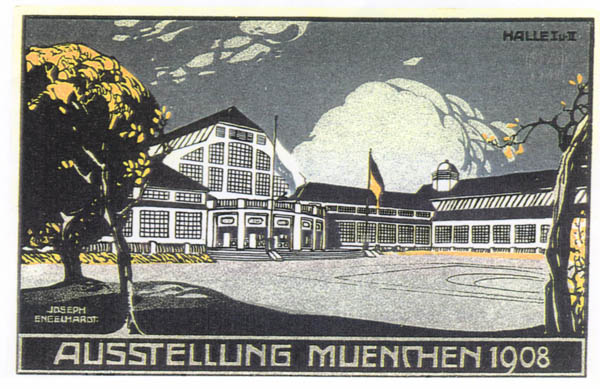 For the premiere, fixed for 12-09-1910, Gutmann had hired the newly built Neue Musik-Festhalle, in the Munich International Exhibition grounds near Theresienhöhe (now a branch of the Deutsches Museum). This vast hall had a capacity of 3,200; to assist ticket sales and raise publicity, Gutmann devised the nickname “Symphony of a Thousand”, which has remained the symphony’s popular subtitle despite Mahler’s disapproval. Among the many distinguished figures present at the sold-out premiere were the composers Richard Strauss, Camille Saint-Saëns and Anton Webern; the writers Thomas Mann and Arthur Schnitzler; and the leading theatre director of the day, Max Reinhardt. Also in the audience was the 28-year-old British conductor Leopold Stokowski, who six years later would lead the first United States performance of the symphony. 1910 Concert Munich 12-09-1910 – Symphony No. 8 (Premiere) 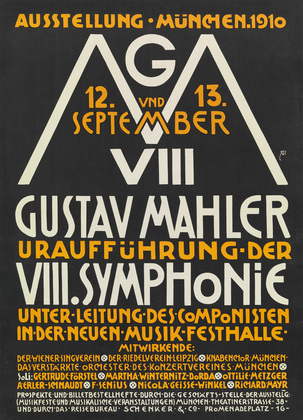 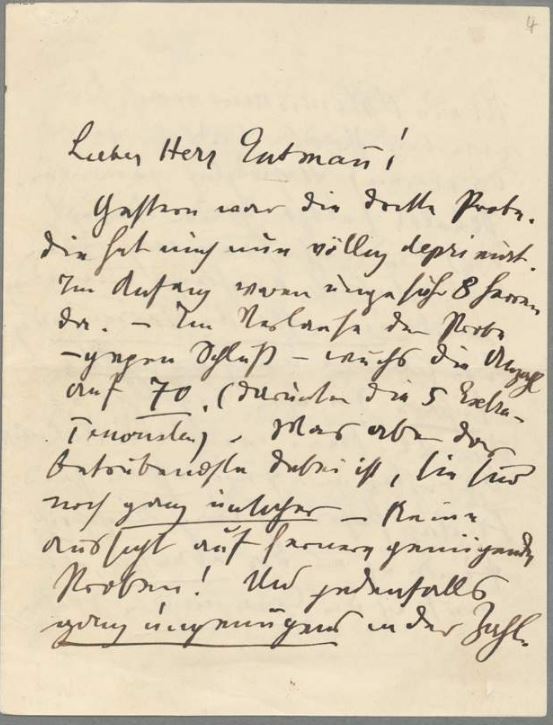