Year 1908. Letter by Gustav Mahler to Emil Gutmann (1877-1920), outlining plans for a concert in Munich: “Two circumstances are the main ones that make your proposition unacceptable. 1. The 5th of November does not suit me (because of my preparation for the trip to America – I have to embark on the 10th in Hamburg, and have important things to get before.) The 2nd of November would be the latest date for a concert to have in Munich would be – 2. I have left all my orchestral material in Hamburg and therefore I am not able to make a classical program, for which I absolutely need my retouchings with my changes. A symphony of mine with only 3 rehearsals is impossible.” 1908 Concert Munich 27-10-1908 – Symphony No. 7. 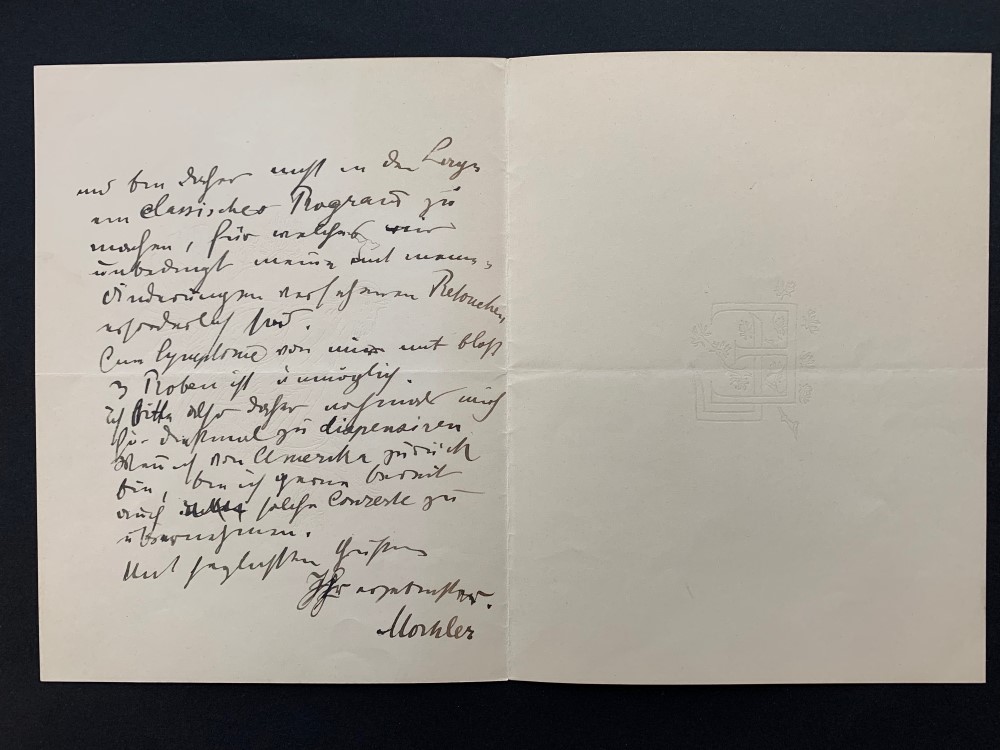 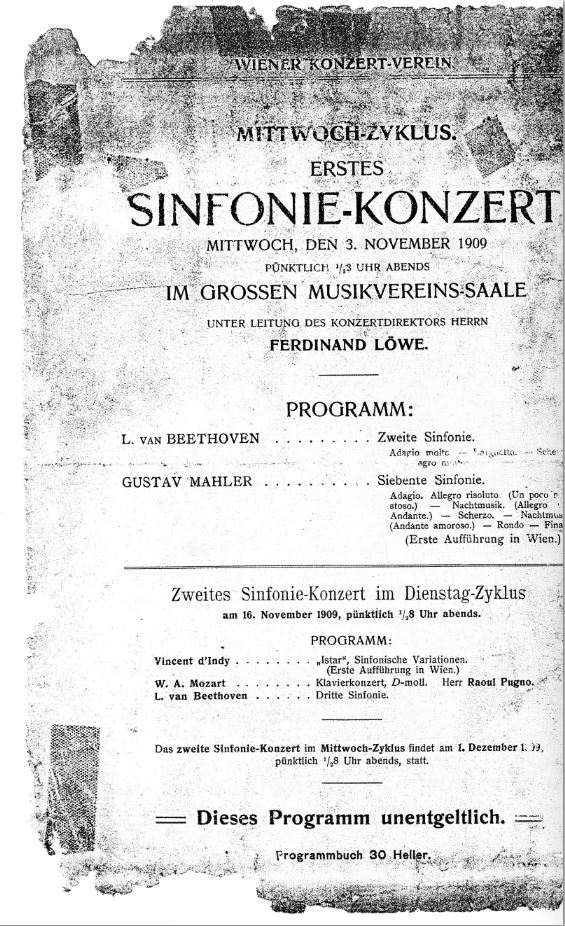 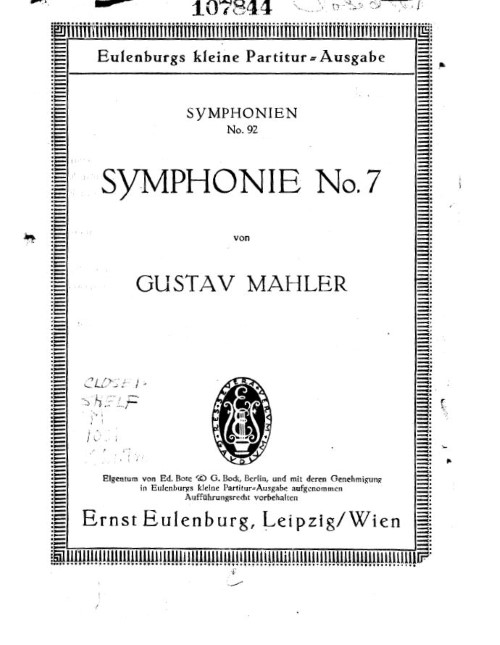 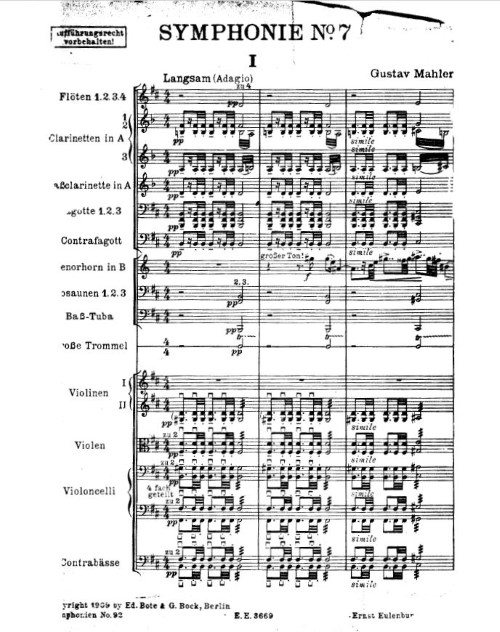 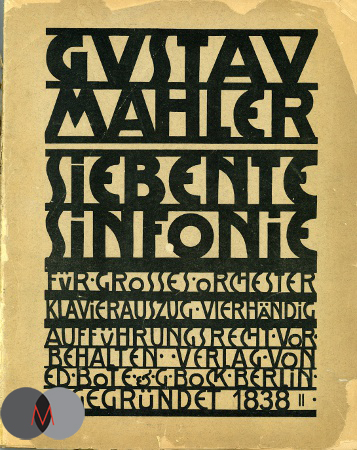 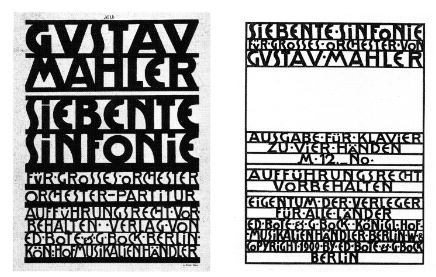 1910. Alfred Roller (1864-1935), the celebrated stage designer and frequent collaborator with Mahler at the Vienna State Opera (Hofoper, Wiener Staatsoper), was responsible for the designing the cover of the published score. He also designed the title page. The illustration shows the title page as it appears in the edition for piano made by the Italian composer Alfredo Casella (1883-1947) and published in 1910. 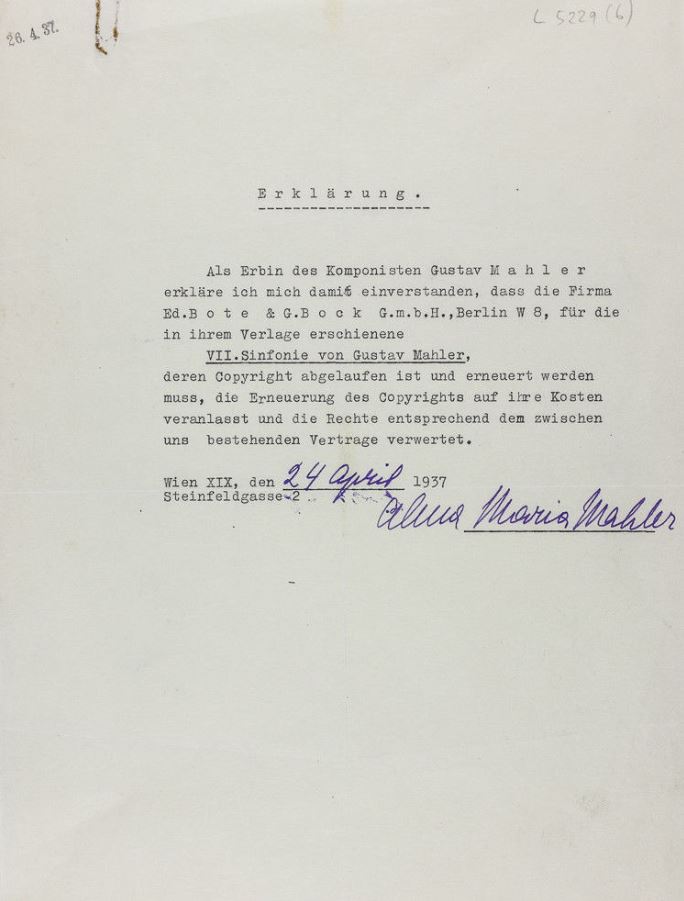 26-04-1937. Berlin: Second publication by Bote & Bock music publishers. An original signed document by Alma Mahler (1879-1964) regarding the expired copyright to her husband’s Seventh Symphony. The short typed document declares Alma Mahler’s consent for the expired copyright to the work to be renewed by the publishers, Ed. Bote & G. Bock of Berlin, and for the rights to the work to be set according to the two parties’ previous agreement. She has signed boldly at the foot in purple ink. Stamped with the date at the upper left: April 26, 1937. Folds, paper clip mark in the upper left corner, else very good. 8.25 x 11.75 inches (21 x 29.7 cm). Signed in 1931-1945 House Alma Mahler Vienna – Steinfeldgasse No. 2. 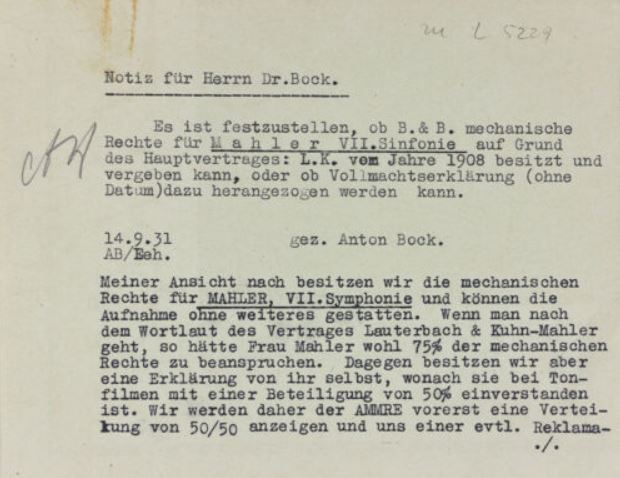