Pauline (1866-1912), Helene (1871-1936) and Emilie (1874-1952), the daughters of the master turner and meerschaum pipe manufacturer and long-time member of the presbytery Hermann Flöge, ran from 1904 to 1938 in the house Mariahilferstraße 1b above the Cafe Casa Piccola “Schwestern Flöge” fashion salon, which Josef Hofmann (1876-1957) had furnished to create a total work of art. Gustav Klimt designed the company logo and business stationery.

Emilie Flöge met Gustav Klimt in 1891 when her sister Helene married Gustav’s brother Ernst. Like Koloman Moser (1868-1918) he designed reform dresses for her haute courture fashion. Emilie was the model for Gustav Klimt’s most famous work “The Kiss”, she remained the artist’s muse and long-term companion.

Emilie Louise Flöge was an Austrian designer, fashion designer, and businesswoman. She was the life companion of the painter Gustav Klimt. She was the fourth child of the master turner and manufacturer of Meerschaum pipes, Hermann Flöge (1837-1897). Emilie had two sisters, Pauline and Helene, and a brother, Hermann.

Her first job was as a seamstress, but she later became a couturière. In 1895, Pauline, her elder sister, opened a dressmaking school and Emilie worked here. In 1899 the two sisters won a dressmaking competition and were commissioned to make a batiste dress for an exhibition. Also in 1899 Flöge handmade the wedding dress for the mother of Gustav Klimt Heiress Maria Altmann.

In partnership with her sister Helene, after 1904 Emilie established herself as a successful businesswoman and the owner of the haute couture fashion salon known as Schwestern Flöge (Flöge Sisters) in one of the major Viennese thoroughfares, the Mariahilfer Strasse. In this salon, which had been designed in the Jugendstil by the architect Josef Hofmann (1876-1957) she presented designer clothing in the style of the Wiener Werkstatte.

During her trips to London and Paris she familiarised herself with the latest fashion trends from Coco Chanel and Christian Dior, however, after the Anschluss with the German Third Reich in 1938, Flöge lost her most important customers and had to close her salon, which had become the leading fashion venue for Viennese society. After 1938 she worked from the top floor of her home at 39 Ungargasse.

Emilie Flöge was a member of the Viennese bohemian (Bohemianism) and Fin de siècle circles. She was the life companion of the painter Gustav Klimt (1862-1918). In 1891, Helene, the younger sister of Emilie, married Ernst Klimt, the brother of Gustav Klimt. When Ernst died in December 1892, Gustav Klimt was made Helene’s guardian. At that time Emilie was eighteen years old and he became a frequent guest at the home of her parents, spending the summers with the Flöge family at Lake Attersee. 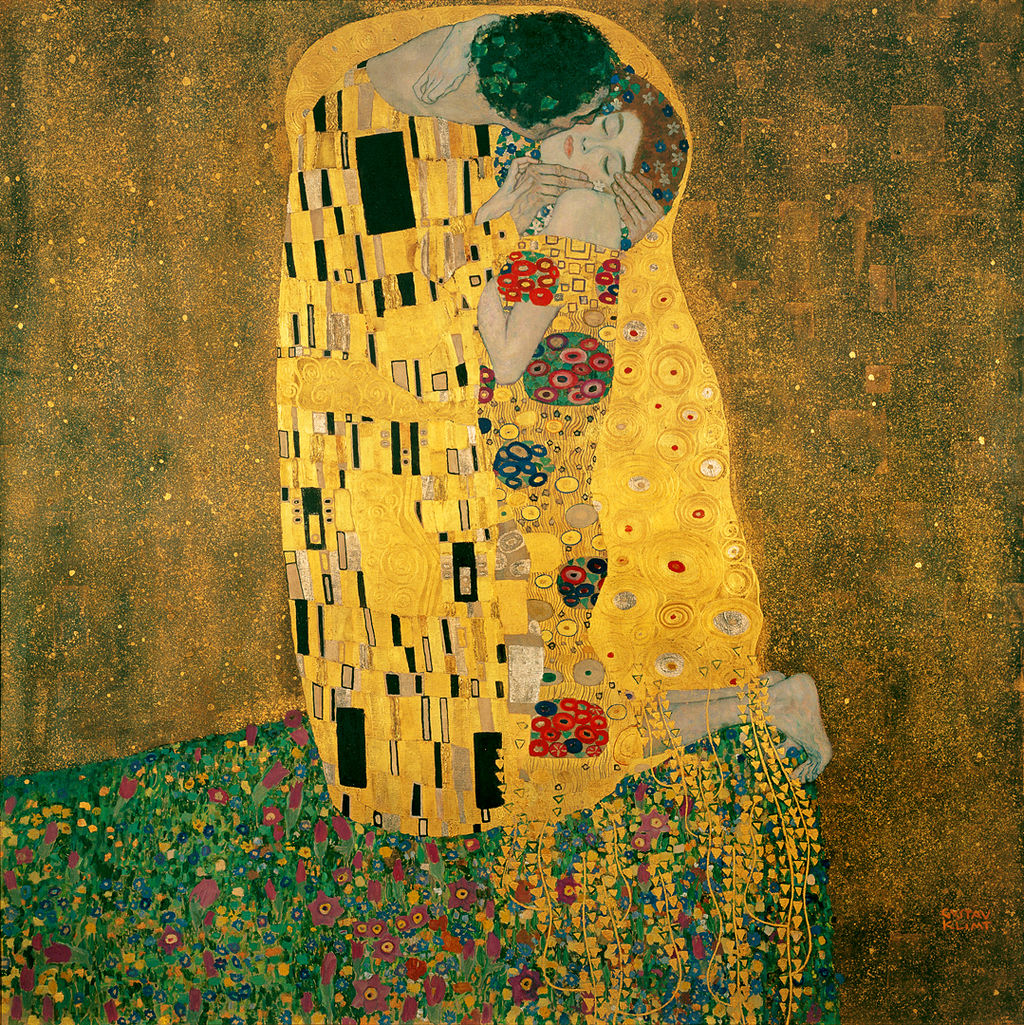 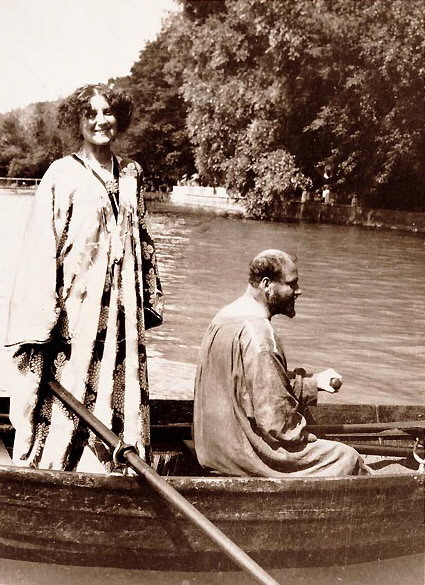 Klimt also drew some garments for the Flöge salon in the rational dress style – a style promoted by the feminist movement – and from 1898, other clothes designed by the Vienna Secession; the latter were worn without a corset and hung loosely from the shoulders with comfortable, wide sleeves.

The clientele for what was at that time a revolutionary fashion was too small to provide a living, however, and she earned money accordingly through conventional styles. Klimt was painting many ladies from the upper echelons of Viennese society and thus, was able to introduce Emilie Flöge to a prosperous client base.

Klimt died from a stroke on 11-01-1918. His last words reportedly were, “Get Emilie”. She inherited half of Klimt’s estate, the other half going to the painter’s family. In the final days of the Second World War, her house in the Ungargasse caught fire, destroying not only her collection of garments, but also valuable objects from the estate of Gustav Klimt.