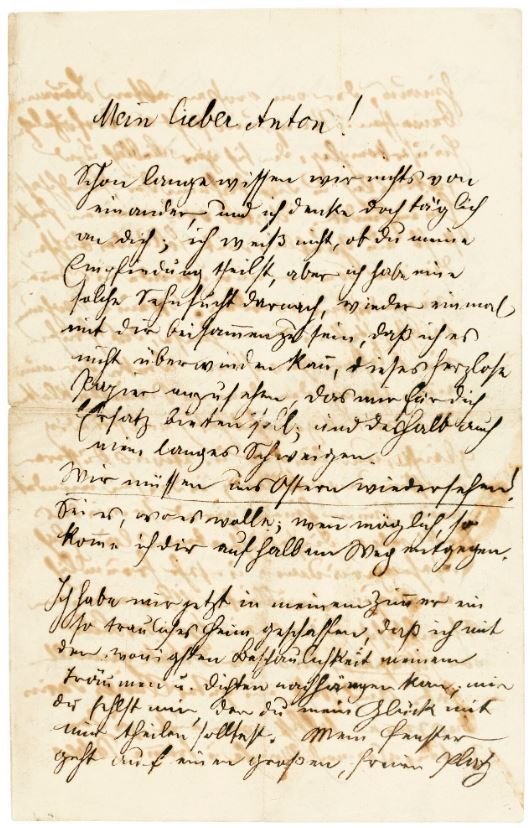 Expressing his longing to see him again, describing in detail his new quarters in a former monastery which he has made into a cosy home for pursuing his dreams and thoughts, mentioning the large painting of Wagner over his desk and the good piano he has there, noting that he [Krisper], the one who should share his happiness with him, is the only thing missing, noting that he can well imagine how happy he is, especially since the monastery-like quiet which hangs about the house contributes a good deal to make his work easy and pleasant; in the second half of the letter Mahler paints the scene of him sitting in an old leather armchair and smoking a fine cigarette, noting that the ballad which he encloses (see preceding lot) was conceived under such circumstances, explaining that he is composing [the ballad] for orchestra, choir and soloists, expressing his hope that his work will be successful, and asking him for his candid opinion on the ballad.

In 1881, Gustav Mahler’s  Lied 1: Waldmarchen (Forest Legend) was submitted in a competition for a composition Prize – the Beethoven Prize – sponsored by the Gesellschaft Der Musikfreunde in Vienna. The judges included Johannes Brahms (1833-1897) and Karl Goldmark (1830-1915) and awarded the prize to a work by Robert Fuchs (1847-1927) rather than to Mahler’s cantata.

Less known is the fact that Mahler in 1883 also submitted Lied 1: Waldmarchen (Forest Legend) to Franz Liszt (1811-1886) for consideration and a possible performance at the festival of the Tonkunstlerversammlung des ADM. Again it was turned down, with the devastating comment that the text of ”Waldmärchen” was not likely to bring the work success. 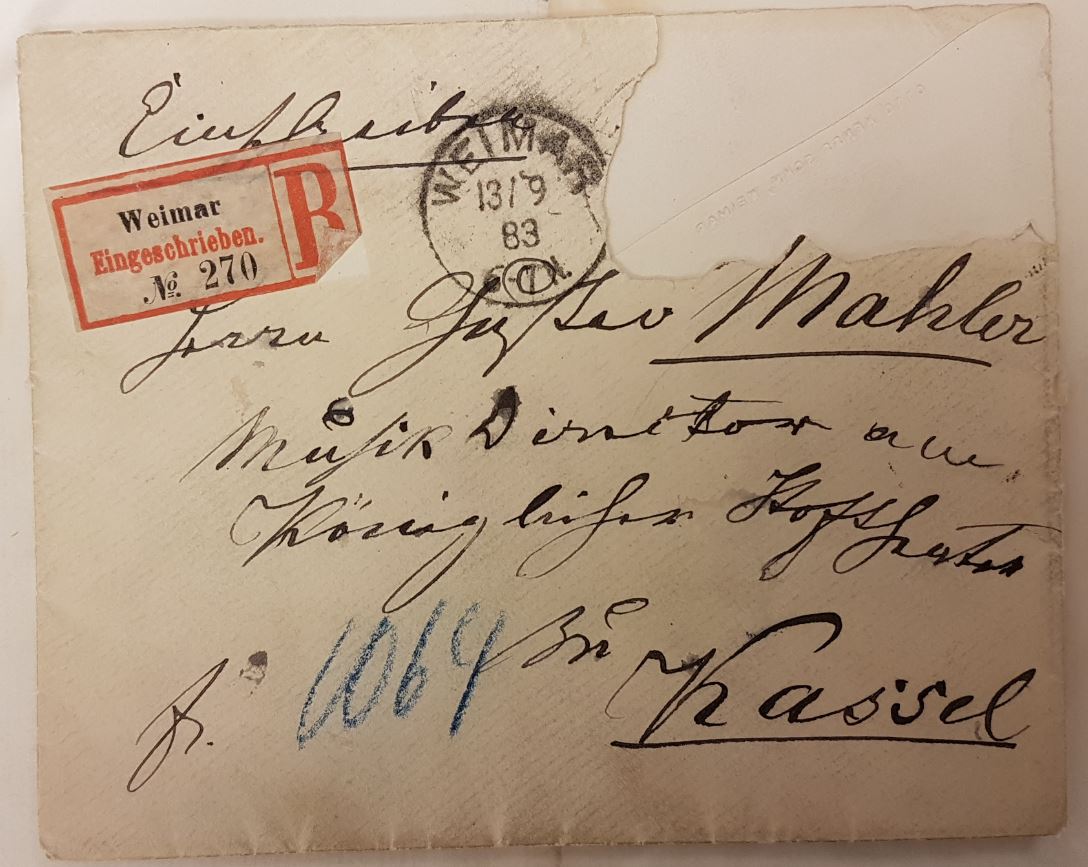 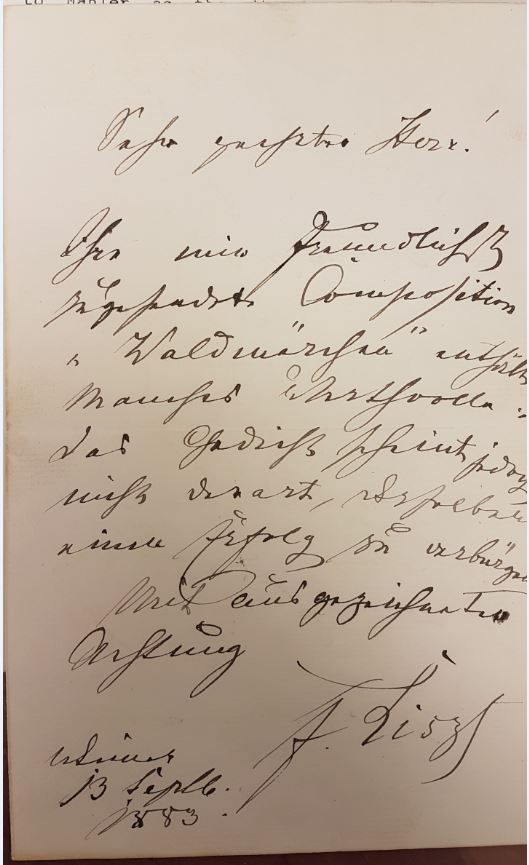 Writing in formal style: Your composition Waldmarchen which you kindly sent to me contains some valuable features. The poem, however, does not seem to be of the kind which would guarantee a success for the composition. (very formal conclusion.) Addressed Kassel. (Origin letter is disputed)

Thus the composition has the distinction of rejection by Mahler’s most outstanding older contemporaries, representing both conservative and radical compositional tendencies of the time. Such rejections may well, as Mahler later claimed, have influenced him to turn to conducting for his livelihood; after them, until 1888, he composed only a handful of songs. 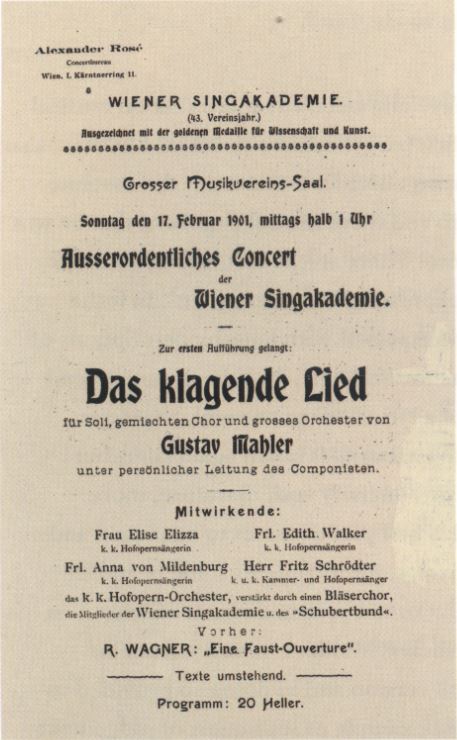 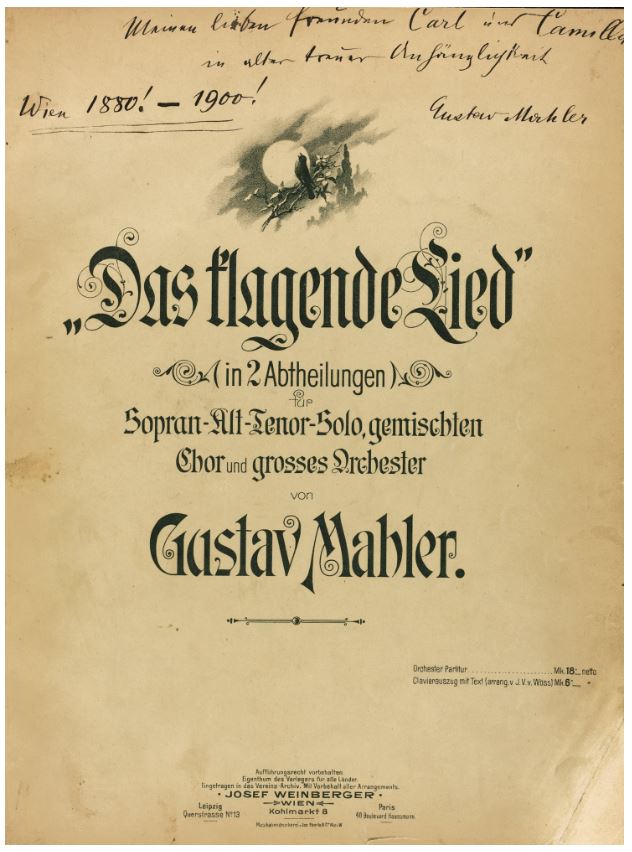 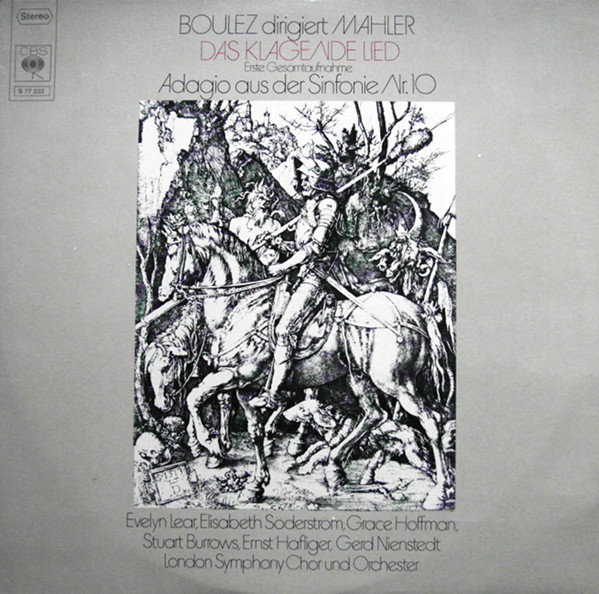