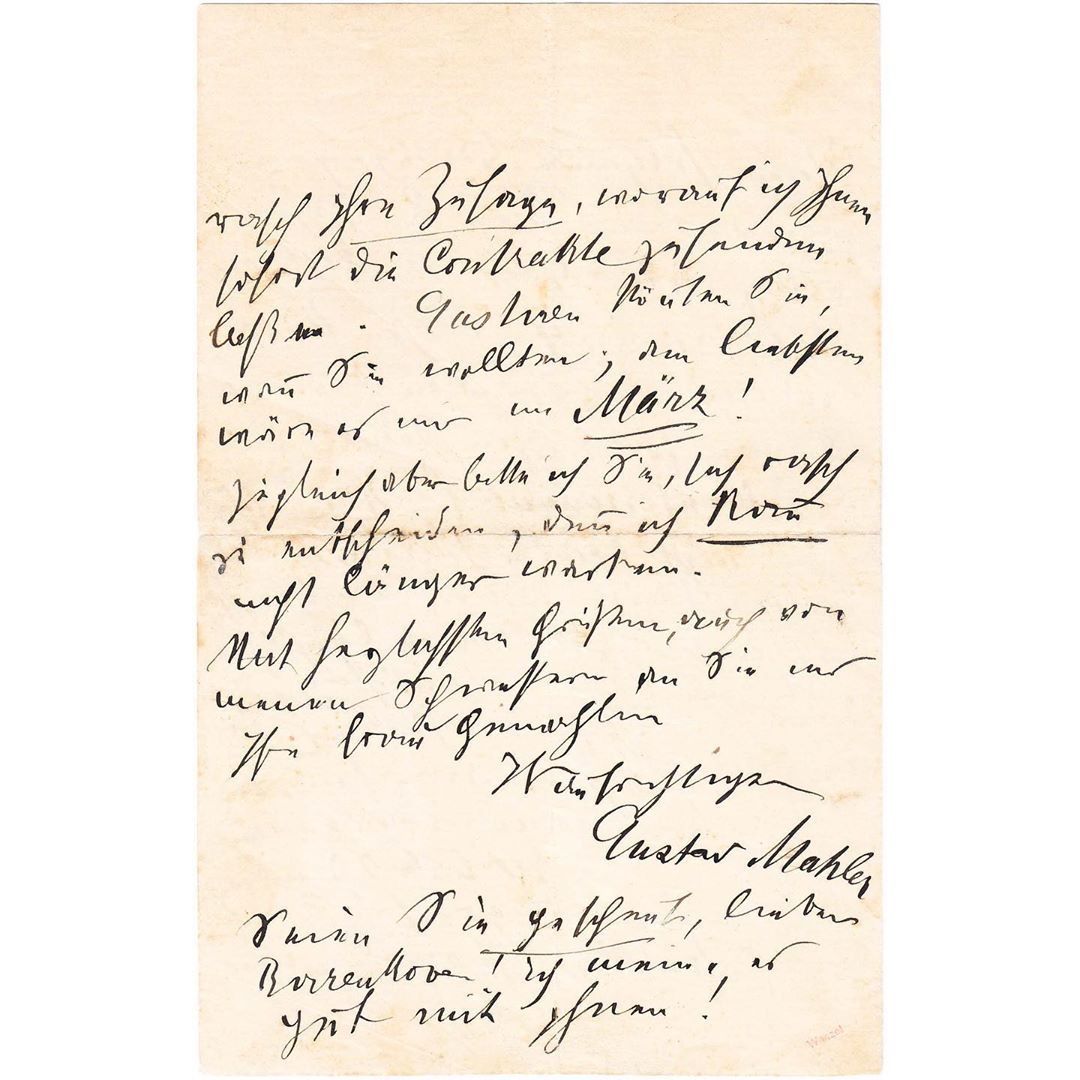 … first. Vienna is no more expensive than Hamburg – on the contrary: anyone who lives here constantly (and not as a stranger in the Hotels, who are however more expensive than in Hamburg) gets through much cheaper and lives more comfortably, bourgeois. The audience carries their artists on their hands, and especially their way of singing is cheered here. – Personally, I am also flattered to be able to contribute to your welfare (especially artistically). Just think of the advantages for you of finally not being overexerted, which is out of the question here, really allowing all of your tasks to mature and being worked out down to the last detail – and, last but not least, all in one, worthy of you To be able to live in the surrounding area – that you will sing here for ten years longer than anywhere else in the world is without a doubt: just ask about the Anna Bahr-von Mildenburg (1872-1947) that was just here, or the humility of the just completed, and the Viennese conditions exactly knows. Secondly, after major difficulties, I have been able to achieve the following conditions for you. From the 2nd year a fee of 24,000 guilders and 4 weeks of winter vacation. Remember that you can use your summer and winter holidays here for your bag and not for Pollinis [the director of the Hamburg Theater, Bernhard Pollini (1838-1897), and that you can also easily get off contractually here, south, you are better off here than you can reach anywhere else. – I beg you non, dear friend, take hold and telegraph your promise quickly, and I will have the contracts sent to you immediately. You could gastrene if you want; I would love it in March! … be shy, dear Wilhelm Birrenkoven (1865-1955)! I mean well with you! “.