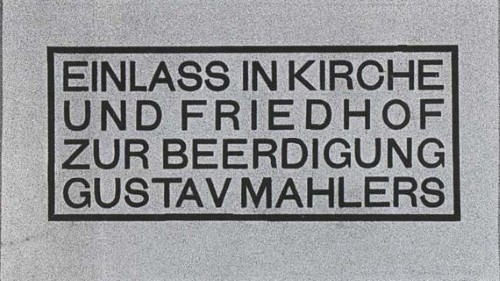 In continuation to chronology Year 1911.

Friends with family behind the hears

When the vehicle starts to move, there is for a very short moment some sunshine. The parade runs along the narrow path next to the “An den Langen Lussen” and meanders over the fields, surrounded by high hedges of greenery and roses on the left, and a potato field on the right. When it seriously starts to rain, it goes over the “Grinzinger Allee” and “Himmelstrasse” until the Grinzing parish church is reached. Grinzing parish church is a low Gothic building, which lies between the trees behind a small terrace. Inside it is small and bare. The Mahler coffin is covered with a cloth and placed before the altar. Hundreds of interested people were already waiting at the church. It was dead quiet. Outside one could hear the words of the priest. The priest holds a service with blessin. Back from Grinzing parish church to Grinzing cemetery. Leader of the ceremony is Peter Fourier Hellband (chorus master). He will again lead the procession. It starts to rain even harder.

Behind the hears are also now

When the procession came down from the church to again climb later, only the sound of the bell tower was there. Everyone was dressed in black. Despite Mahler’s request for sobriety, there were a lot of flowers in the churchyard, some 400 wreaths. The trees moved by the wind. The procession arrived at the open grave and it came to a stop.

The silence became even more intense when the coffin was placed in the grave. Immediately afterwards came the dull thud of the earth Carl Moll and Arnold Rose dropped on the metal box. Arnold Josef Rose (1863-1946) throws, as one of the oldest members of the family, the first earth on the chest. At that moment there came a sunbeam through the broken clouds. 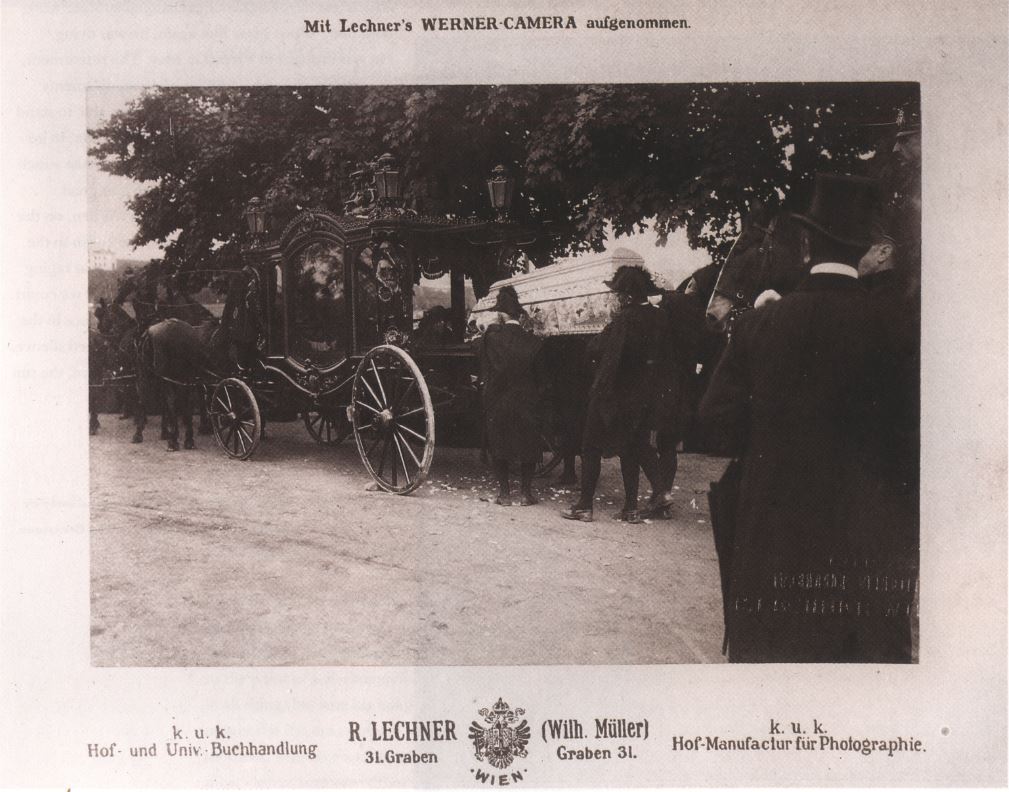 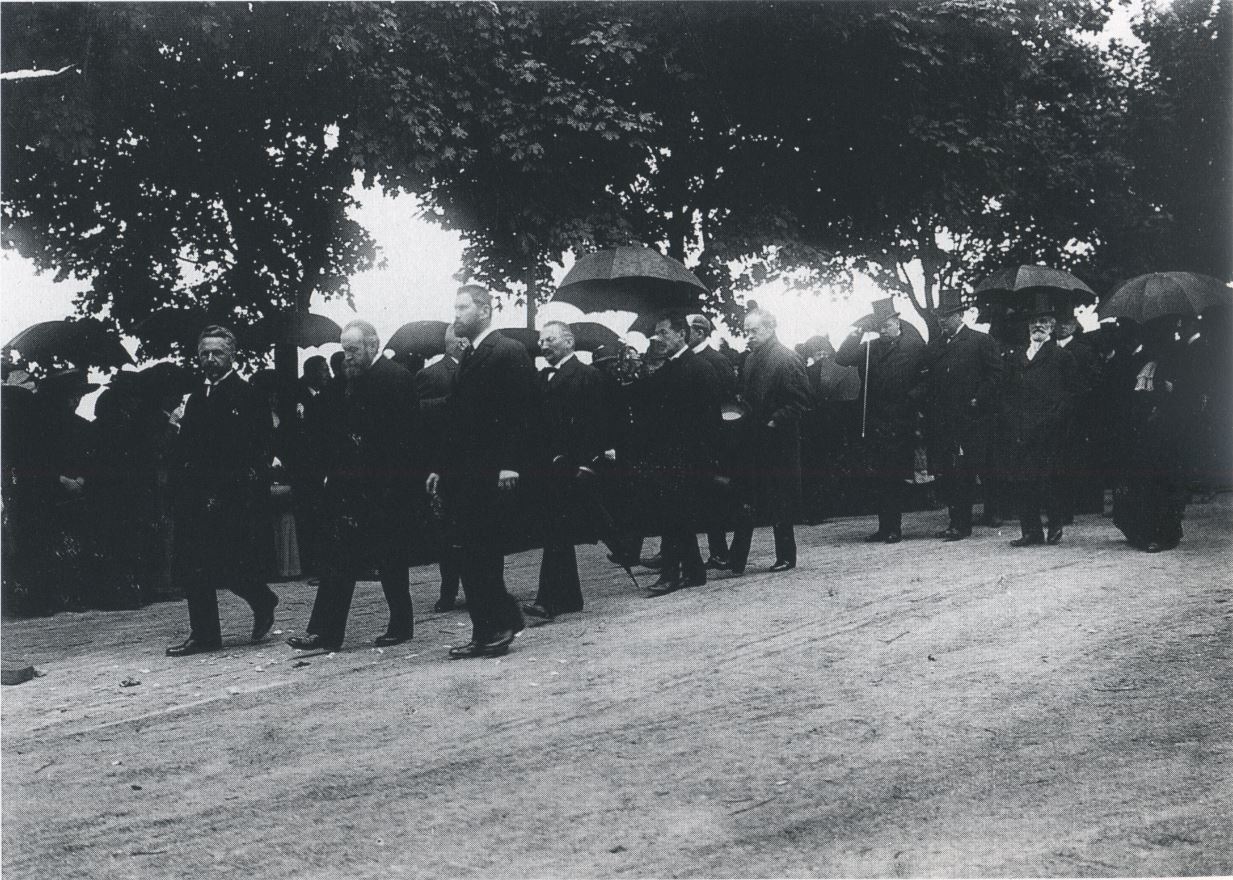 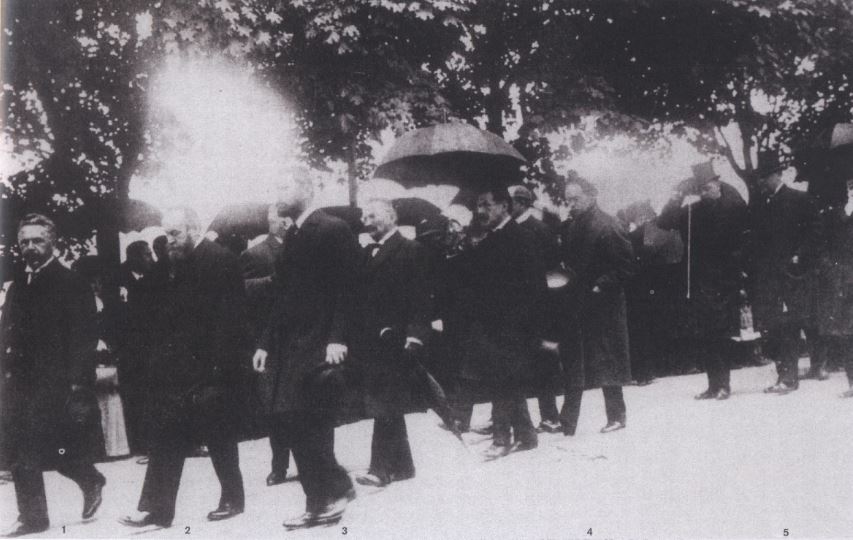 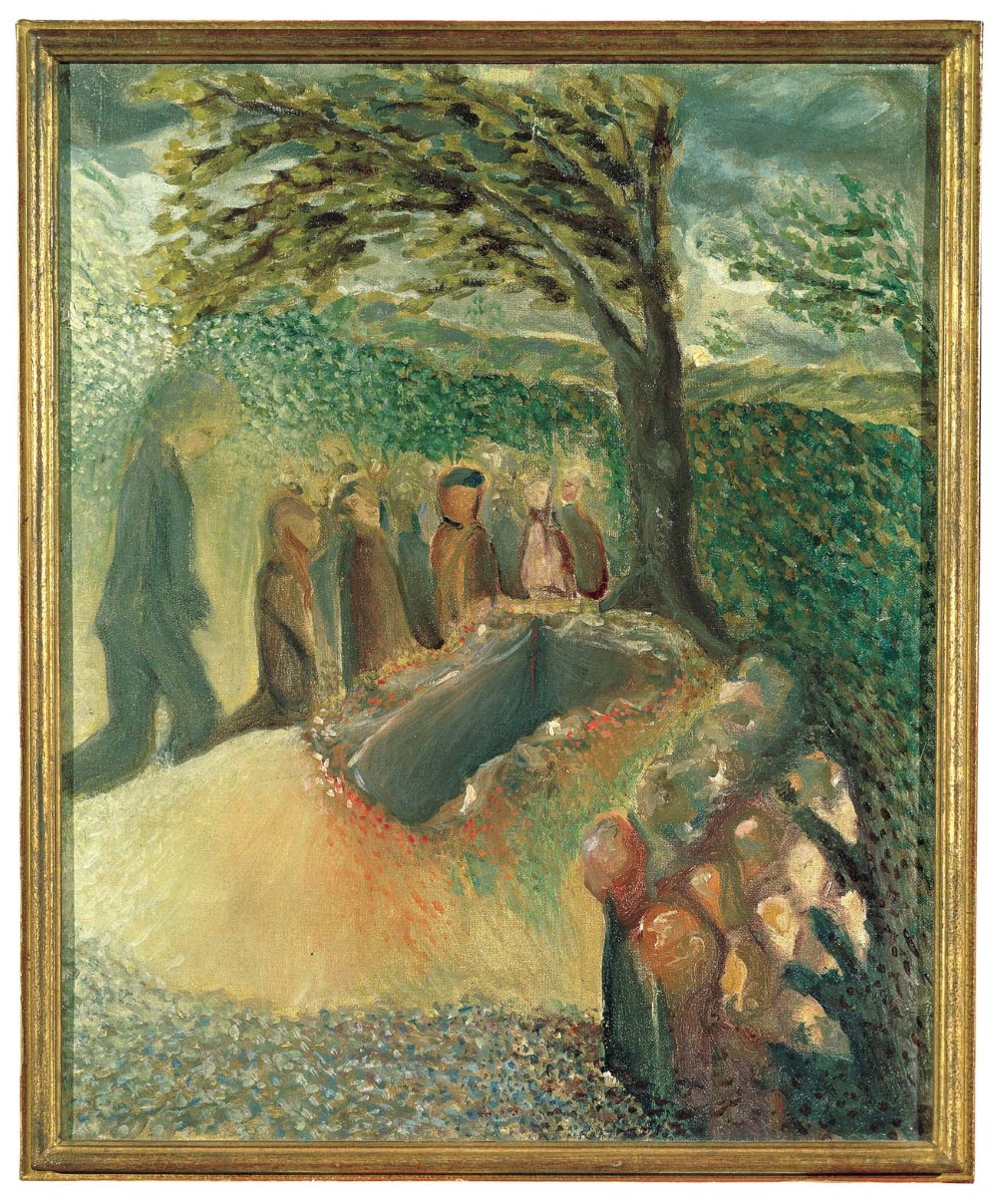